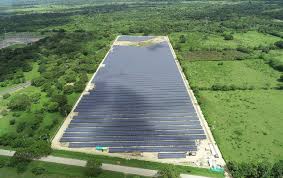 Pan African mine to go solar with Juwi South Africa 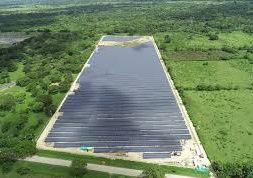 Pan African mine to go solar with Juwi South Africa

Gold producer Pan African Resources Plc (LON:PAF) has selected Juwi South Africa as the engineering, procurement and construction (EPC) contractor for a 9.975-MW solar project at one of its mines.

Construction of the Evander Mines solar photovoltaic (PV) plant will commence in the first months of 2021 and the project will be completed in the third quarter of the same year, Pan African said on Tuesday. The total investment amounts to ZAR 140 million (USD 9.4m/EUR 7.7m), expected to be paid back in less than five years.

The solar electricity produced by the park’s bi-facial modules will be enough to meet 30% of the power requirement during daylight hours of Pan African’s Elikhulu mine. It will offset more than 26,000 tonnes of carbon dioxide emissions in the first year of operation.

Pan African said it may expand the Evander Mines project to ensure green power supply also for the Egoli Project. The company is also studying a similar PV project at Barberton Mines.