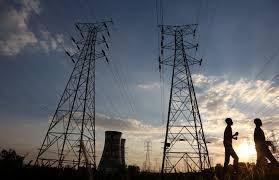 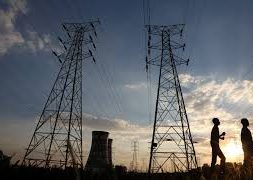 December 13 – Data from the World Bank has shown that with approximately 57% of the Southern African regional population live in rural areas. Less than 5% of this population has access to electricity. It is the lack of electricity that has been noted by the United Nations as one of the major reasons holding back socio-economic development in countries.

According to a report by Sustainable Energy for All (SE4All), closing the energy access gap will require scaling up annual global energy investment from about $400 billion at present, to $1.25 trillion.

This is a sentiment and ideal shared by Joshua Low, Managing Director at Messe Frankfurt South Africa – organisers of Solar Power Africa – the leading solar power and energy storage conference and exhibition. “In order to achieve the goal of providing greater access to electricity on the African continent, it is essential that a unified approach across the renewable energy market takes place.”

Low says that central to this is the support and policy development that will help to unlock new avenues for renewable energy penetration.

He explains that currently only 5% of all electricity is sourced from renewable energy projects. “We are seeing a commitment for governments to change this. The South African government has shown this by ensuring that its Integrated Resource Plan – set out in 2010 – mirrors that of the International Renewable Energy Agency’s (IRENA) Global Renewable Energy Roadmap of achieving 30% of global energy from renewable sources by 2030.”

Stanley Semelane, Senior Researcher at the Council for Scientific and Industrial Research (CSIR), speaks about the global energy transition taking place in a panel discussion included on the Solar Power Africa platform. In his presentation, he highlights that two of the main drivers for this is understanding that natural resources are finite, and the importance of capping CO2 emissions.

Semelane says that South Africa’s National Development Plan recognises the need for reliable and efficient energy that allows for greater access to electricity, while ensuring environmental sustainability and the mitigation of climate change.

To achieve these objectives, a reduction in the price of renewable energy is necessary. At the recent event hosted as part of Solar Power Africa, Frederic Verdol, Senior Power Engineer at the World Bank, noted that the costs for solar energy have reduced by approximately 70% – a cost that is expected to continue to decrease over the next five to 10 years.

The knock-on effect from this is that renewable energy will help to improve grid reliability, and the massive injection of investment in the sector will also work to create jobs and provide greater access to energy.

Realising the importance of continuing the debate around finding renewable energy solutions to meet the electricity demands of Africa, Messe Frankfurt South Africa presents Solar Power Africa as a virtual platform run in partnership with the South African Photovoltaic Industry Association (SAPVIA) which seeks to connect industry professionals and decision-makers.

The live event hosted at the end of November saw more than 1120 attendees, from 47 countries take part in the discussions focused on solving some of Africa’s biggest energy challenges.

The Solar Power Africa virtual platform is accessible for a 12-month period and includes an online directory of suppliers and service providers to the industry with added functionality including: AI matchmaking, built-in videoconferencing, live streaming of content for product launches, demos and a host of other benefits.