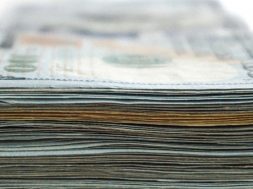 Non-compliant state-run electricity distribution companies (discoms) run the risk of losing their share of the Rs 90,000 crore loan that the government announced on Wednesday to inject liquidity into the segment.

If discoms do not take appropriate steps to reduce their losses, they would be denied the facility, Union power minister RK Singh said on Thursday.

Non-compliant state-run electricity distribution companies (discoms) run the risk of losing their share of the Rs 90,000 crore loan that the government announced on Wednesday to inject liquidity into the segment. If discoms do not take appropriate steps to reduce their losses, they would be denied the facility, Union power minister RK Singh said on Thursday.

The loans from sector-specific lenders REC and PFC will be made available “only if the discom concerned draws up a loss-reduction trajectory and gets it approved by the state government,” Singh said, adding that “if those steps are not complied with, the state-run lenders would have the freedom to recall the loans”.

The government has been taking steps to enforce prudential norms for granting loans by PFC and REC, which implies that these NBFCs will not lend where the banks won’t lend. “All these loss making discoms are not able to access money from the banks as they are bad credit risk,” Singh told FE. In the wake of the coronavirus crisis, the government has “just made one relaxation in this case”, by making the availability of the fund contingent to the discoms taking palpable action to intensify fiscal discipline.

“The loans will be split roughly in two tranches and to receive the first tranche, they have to put in place a system whereby state governments pay the subsidies to the discoms on time and clear the existing government department dues, currently at about Rs 54,000 crore, in three years,” Singh said. The minister pointed that PFC-REC have healthy balance sheets and from these disbursals they would earn Rs 1,350 crore (1.5% of Rs 90,000 crore) over 10 years. The spread earned by PFC-REC for these loans would be just 1.5%, much below the normal rates of 2.5% or 3%. There will be a two-year moratorium period on these loans.

Like most PFC-REC loans, these would also be linked with state government guarantees, but some states may need relaxation of FRBM norms to avail the funds. “By and large, the Union finance ministry has been sensitised so they will allow FRBM relaxation whenever any state approaches them,” Singh said. These loans would be used to clear the dues of discoms to the generators, which stood at Rs 90,577 crore at the end of March 2020, up 41% from a year earlier. About 88% of these (Rs 80,454 crore) were “overdues” with payment default of 60 days or more.

“The discoms pay late payment surcharge of 18% on the dues to generators, but now they will be paying interest of only 8.5%-9%,” the minister said. He stated that the discoms would need liquidity to ensure continuous power supply to consumers as the letter-of-credit (LC) mechanism — which requires notional pre-payment for receiving electricity — will be implemented again after the lockdown.

As an additional relief to discoms, payment of fixed charges of the power not drawn from Central government-owned plants (including NTPC and NHPC) during the lockdown will be deferred and can be paid later in three equal instalments without any interest. Power plants are contractually entitled to receive fixed costs for recovering capital expenses even when buyers do not procure electricity from the units. “We expect the states to also defer the fixed charges payable by the industrial consumers in the same manner,” Singh said. Also, the Central government-owned power stations would offer a discount of 20%-25% on the cost of the power supplied to the states during the lockdown.

0
0   0
previous Discoms to get loans at cheaper rate to pay dues to Gencos: Minister
next Madhya Pradesh: Inflated electricity bills add to the woes of residents