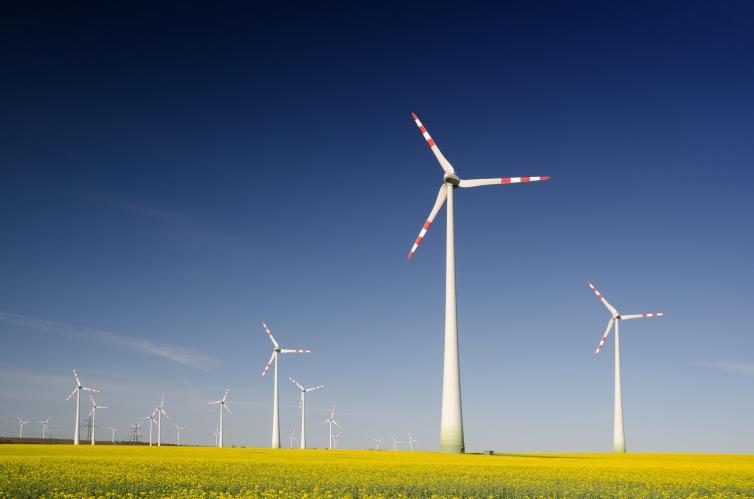 Poland: PGE Capital Group to carry out wind farm projects with support from the EIB 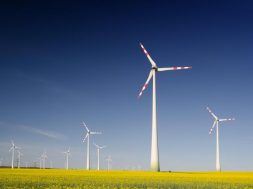 Poland: PGE Capital Group to carry out wind farm projects with support from the EIB

PGE Polska Grupa Energetyczna has entered into a credit agreement with the European Investment Bank (EIB) for up to PLN 272.5m (approx. EUR 64m), with the purpose of financing the construction of new onshore wind farms on the Baltic coast in Poland. The three wind farms called Starza, Rybice and Karnice II (combined into the Klaster project ) will have a combined installed capacity of up to 97 MW.

The credit provided by the EIB is one of the elements helping to secure new sources of financing for the green capital expenditure programme to be pursued by the PGE Capital Group. The agreement provides for the co-financing of the onshore wind farms construction project to be implemented by PGE Energia Odnawialna – a company belonging to the PGE Group and dedicated to renewable sources of energy. The EIB will provide PGE with a dedicated credit line for a period of up to 17 years and for an amount that represents around 50% of the project  cost. The funds acquired under the credit agreement will be allocated for the financing of projects  which are 100% eligible under EIB’s climate action objective (i.e. the three wind farms).

During the credit negotiation process PGE presented its plans for changes in the energy mix, emphasising its commitment to actions aimed at energy transition and planned investments in zero-emission energy sources. The EIB will maintain an active dialogue with PGE on its corporate decarbonisation plan and seek ways of further supporting it.

“Our annual generation of electricity from wind has increased from 0.1 TWh in 2011 to over 1 TWh, and we are not finished yet. With support from the EIB, we are close to completing our investment projects related to new onshore wind capacity.  Our ambition is to reach a 25% share in this country’s generation of power from renewable energy sources in 2030. We want to achieve this objective thanks to, among other things, the implementation of successive green investment projects. Our first 1 GW wind farm on the Baltic coast is to be completed by 2026, and our offshore project is to provide further capacity of 1.5 GW by 2030. That year is also the planned deadline for making available up to 2.5 GW from photovoltaics” – said Henryk Baranowski, President of the Management Board of PGE Polska Grupa Energetyczna.

EIB Vice-President Lilyana Pavlova, who oversees operations in Poland and Cohesion countries, commented: “We welcome PGE’s investment plans and its commitment to developping a more sustainable power generation portfolio via a dedicated renewable energy programme. The planned investments will contribute to the gradual decarbonisation of the Polish energy sector. This transformation will undoubtedly bring huge benefits to Poland’s economy and to its citizens thanks to a healthier environment.”

Capital expenditures on the construction of the Klaster wind farm complex are estimated at PLN 545m (approx. EUR 128.2m). The wind farms are located in the north-west of the Zachodniopomorskie province, in the districts of Kamień Pomorski and Gryfice, at a distance of between 3 and 13 km from the Baltic Sea shoreline. Construction operations began in February 2019 and, according to the plans, commercial operations should commence before the end of the first half of 2020. After the project is completed, the combined installed capacity of the wind farms operated by PGE will increase by 18% to about 650 MW, which will strengthen the PGE Group’s position as Poland’s leader in the generation of power from renewable energy sources.µ

“The green investment projects in our portfolio contribute to Poland’s gradual achievement of climate neutrality. Each such project is a separate investment challenge, but also related to financial engineering, leading our Group towards changes in its fuel mix. In our long-term efforts aimed at the gradual diversification and decarbonisation of our power generation portfolio, we know that we can rely on the European Investment Bank, our reliable partner supporting projects that transform the energy sector”, added Emil Wojtowicz, Vice President for Finance in PGE Polska Grupa Energetyczna.

At the time of its execution, the agreement between PGE and the EIB was the first energy project  approved after the adoption of the Bank’s new energy lending policy.

The project will contribute to the diversification of the energy mix in Poland and to the EU renewable energy target of 32% by 2030. 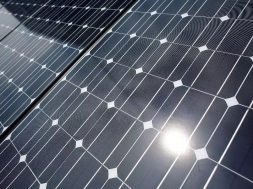