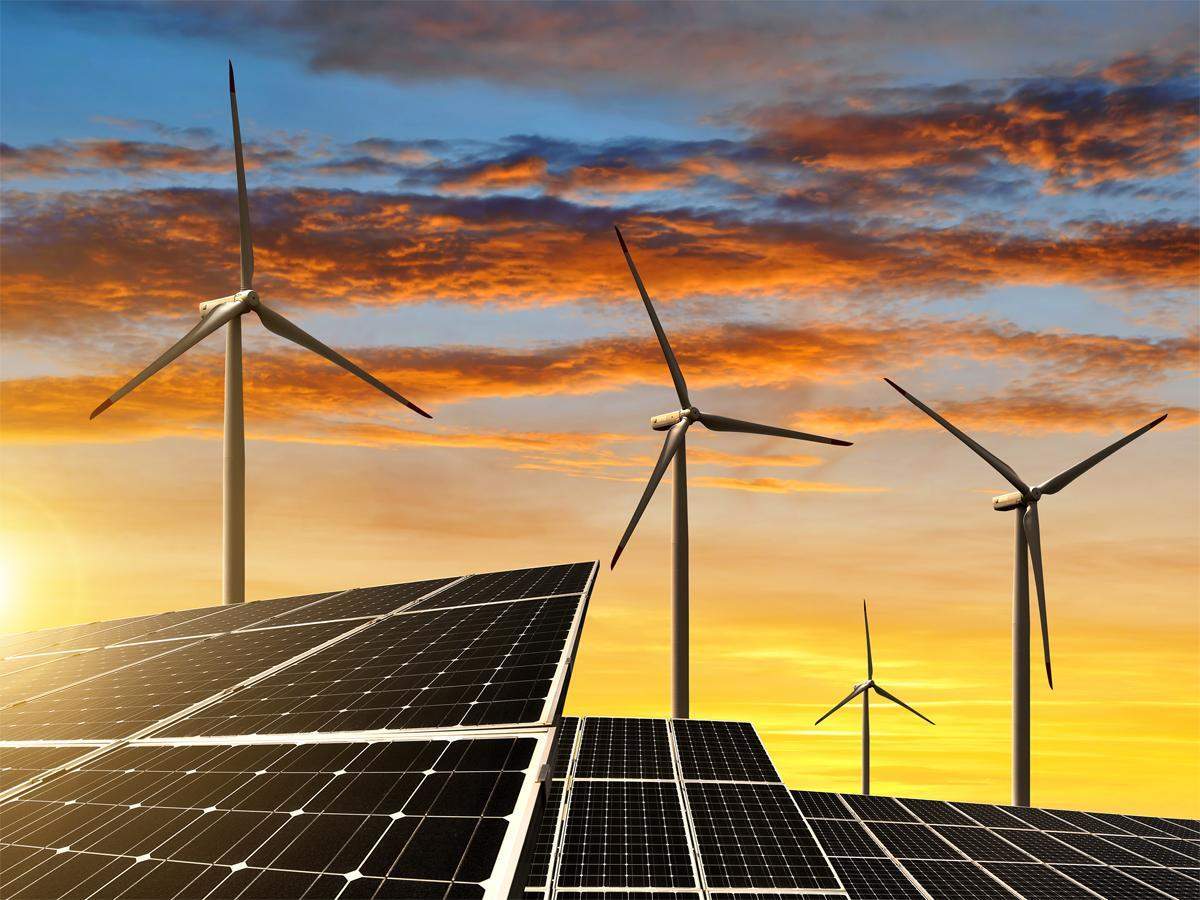 London and New York – New investment in renewable energy projects and companies totalled $174 billion in the first half of 2021, supported by record public market financing and record levels of venture capital and private equity commitments, according to the latest Renewable Energy Investment Tracker from research company BloombergNEF (BNEF).

This is the highest total ever recorded in the first half of any year, and 1.8% more than during the same time a year prior, although it is 7% below the high water mark set in the second half of 2020.

New equity raised on public markets hit a record high at $28.2 billion in 1H 2021, as did venture capital and private equity commitments to renewable energy companies at $5.7 billion. These were major contributors to the strong overall first half. At the same time, investment in solar projects was up 9% year-on-year. Wind asset finance, however, fell year-on-year, as it stands in contrast to 1H 2020, which was a bumper period for financings of major offshore wind farms.

Albert Cheung, head of analysis at BloombergNEF said: “Renewable energy investment has withstood the effects of the global pandemic, in contrast to other sectors of the energy economy where we have seen unprecedented volatility. However, a 1.8% year-on-year increase is nothing to write home about. An immediate acceleration in funding is needed if we are to get on track for global net zero.”

Wind project investment in the first half topped $58 billion, matching levels seen in 2018 and 2019, but was a notable reduction from the $85 billion invested in the same period last year. In 2020, installations surged in China and the U.S. ahead of subsidies lapsing.

Investment in China, the world’s largest wind market, was robust at $21 billion in 1H 2021, showing developers are continuing to build projects without feed-in premiums. EMEA accounted for 36% of wind project investments. Europe had a strong first half, with Finland emerging as the top onshore market. RWE’s Sofia Offshore Wind Farm reached financial close as one of the cheapest projects in the U.K., at $2.9 million per megawatt. 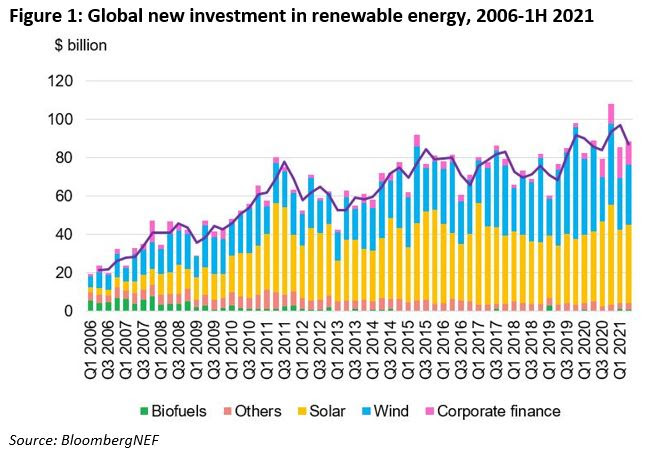 So-called ‘funds in circulation’, which includes the refinancing of renewable energy projects, mergers, acquisitions and buyouts, totalled $68.3 billion in 1H 2021, up almost 18% from a year earlier. The first half saw the highest ever total for equity raised on public markets by clean energy companies, outpacing the volumes raised in any previous year. A bull run for clean energy shares enabled many companies to issue new shares to finance growth – though valuations are now down from their highs at the start of the year.

Logan Goldie-Scot, head of clean power at BNEF, said: “As the energy transition accelerates, investors are increasingly looking for ways to increase their portfolio exposure to renewable energy and related areas, such as energy storage and hydrogen. This record first half for clean energy fundraising underlines the strength of appetite for sustainable investment opportunities aligned to a net zero future.”

Merger and acquisition activity is an important part of the renewable energy financing picture, although these deals are not included in BNEF’s overall new investment figures as they do not provide new money for technologies and developers. In 1H 2021, corporate M&A and private equity buyouts totaled $22.4 billion, up 25% on the previous year’s $17.9 billion. India outpaced the U.S. and China, which were the leading markets of 2020.

In January 2021, BNEF published a report titled Energy Transition Investment Trends, concluding that the world invested more than $500 billion in the energy transition in 2020. The annual Energy Transition Investment Trends report covers investment across multiple sectors, including renewable energy, electrified transport, electrified heat, hydrogen and carbon capture, but is focused only on investment in projects or deployments of technology.

In contrast, this report – the Renewable Energy Investment Tracker – has a narrower sectoral scope, focusing primarily on renewable energy, but also adds in corporate fundraising for renewable energy companies. Although the data is cut differently, both reports draw on the same underlying data gathering processes and teams within BloombergNEF.

Bloomberg, the global business and financial information and news leader, gives influential decision makers a critical edge by connecting them to a dynamic network of information, people and ideas.

The company’s strength – delivering data, news and analytics through innovative technology, quickly and accurately – is at the core of the Bloomberg Terminal. Bloomberg’s enterprise solutions build on the company’s core strength: leveraging technology to allow customers to access, integrate, distribute and manage data and information across organizations more efficiently and effectively. For more information, visit Bloomberg.com/company or request a demo.