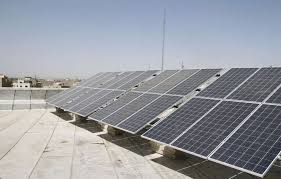 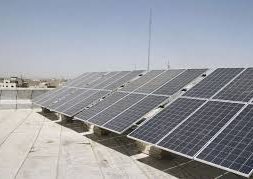 TEHRAN : Mohammad Satakin, who heads Iran’s Renewable Energy and Energy Efficiency Organization (SATBA), said the capacity of the country’s renewable power plants is going to reach 1,000 megawatts (one gigawatt) by the end of the current government’s incumbency (August 2021).

To achieve this goal, SATBA has undertaken various activities, including monitoring and controlling the power plant projects, supervising the licensing process and concluding contracts for guaranteed purchase of electricity, according to Satakin.

SATBA has managed to sign 36 contracts with private companies for the guaranteed purchase of the electricity generated by over 438 MW capacity of power plants and issuing construction permits for 159 power plants, the official said.

So far, over 136 trillion rials (about $3.2 billion) has been invested by the private sector for the development of renewable power plants in the country, leading to the production of more than 5.470 billion kilowatt-hours of electricity, he announced.

Of the mentioned figure, the share of solar and wind power plants, has been 48 percent and 36 percent, respectively and the rest is related to other types of renewable power plants including biomass and small hydropower plants.

Satakin noted that, so far as a result of the government’s incentives and supportive policies about 839 MW of renewable power plants have been constructed by the private sector across the country.

“Currently 54 companies are building renewable power plants with a total capacity of about 230 MW, including solar, wind and hydro, across the country” he added.

He further noted that the mentioned companies are going to construct 28 new renewable power plants by the end of the current Iranian calendar year (March 20, 2021).

Overall, in the next five years, Iran is aiming for a 5,000 MW increase in renewable capacity to meet growing domestic demand and expand its presence in the regional electricity market.

Currently, over 100 large-scale renewable power plants are operating across Iran.