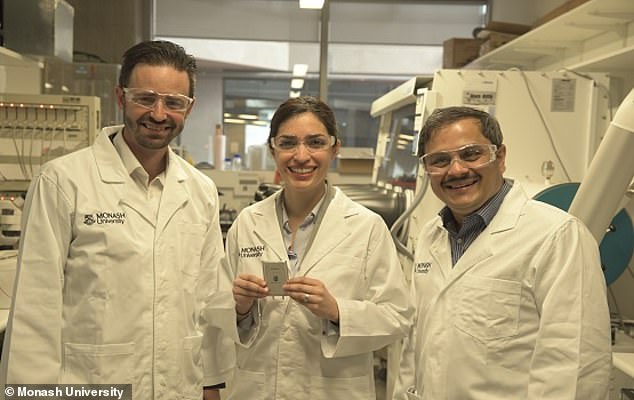 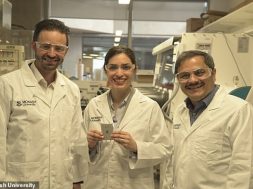 Scientists have created what they say is the world’s most efficient lithium-sulphur battery, capable of providing power to a smartphone for five continuous days.

The Australian developers say the battery, which uses low-cost sulphur in its electrodes, could also power an electric vehicle to drive more than 620 miles.

The Australian researchers responsible have filed a patent for the technology, which could outperform leading battery manufacturers by more than four times if commercialised.

Sulphur has great potential in battery technology due to its high energy density – lithium-sulphur batteries are capable of storing up to 10 times more energy than lithium-ion batteries.

But lithium-sulphur batteries lose their charging capacity drastically over charging and discharging cyclea, due to an increase in volume of the electrode, causing it to fall apart.

The team therefore created bonds between sulphur particles to give them more space to expand and contract, giving the battery greater longevity.

The research marks an important step towards full commercialisation of lithium-sulphur batteries, which have great potential if scientists can overcome their instability during charging cycles.

The team now has backing from international partners to bring the technology to market after more tests this year, potentially giving power-slurping smartphones the battery capacity of the legendary long-lasting Nokia 3310.

‘Successful fabrication and implementation of lithium-sulphur batteries in cars and grids will capture a more significant part of the estimated $213 billion value chain of Australian lithium, and will revolutionise the Australian vehicle market and provide all Australians with a cleaner and more reliable energy market,’ said Professor Mahdokht Shaibani from Monash University in Australia.

‘Our research team has received more than $2.5 million in funding from government and international industry partners to trial this battery technology in cars and grids from this year, which we’re most excited about.’

Lithium-sulphur batteries have less of an impact on the environment than current lithium-ion products due to its use of water-based processes.

They can provide an energy intensity five times higher than that of lithium-ion batteries, which are commonly used for portable electronics and electric vehicles.

Sulphur is cheap, abundant and often the by-product of many industrial processes such as the processing of natural gas.

But the potential of the material in batteries is yet to be fully realised.

The problem of lithium-sulphur batteries is that the capacity of the sulphur electrode – the bit of metal in the battery that carries the electrical current – is so large that it breaks apart over multiple charging and discharging cycles.

This is due to a change in volume that occurs in a lithium-sulphur electrodes is around 78 per cent – about eight times higher than that of electrodes in lithium ion batteries, causing a loss of cohesion of particles and therefore loss of power capacity.

The Monash team reconfigured the design of sulphur cathodes so they can accommodate higher stress loads without a drop in capacity or performance.

To do this, they engineered a method that creates bonds between particles to accommodate stress – giving them more space to expand and contract – and therefore deliver higher stability.

‘This approach not only favours high performance metrics and long cycle life, but is also simple and extremely low-cost to manufacture, using water-based processes, and can lead to significant reductions in environmentally hazardous waste,’ said Associate Professor Matthew Hill, co-author of the research paper, which has been published in Science Advances.

The team said their battery could also be used in computers and solar grids.

Battery manufacturers in Europe and China are interested in upscaling production after further testing, which takes place in Australia this year.

The researchers have had a patent for the technology approved filed patent, and prototype cells have been successfully fabricated by Fraunhofer Institute for Material and Beam Technology in Germany.