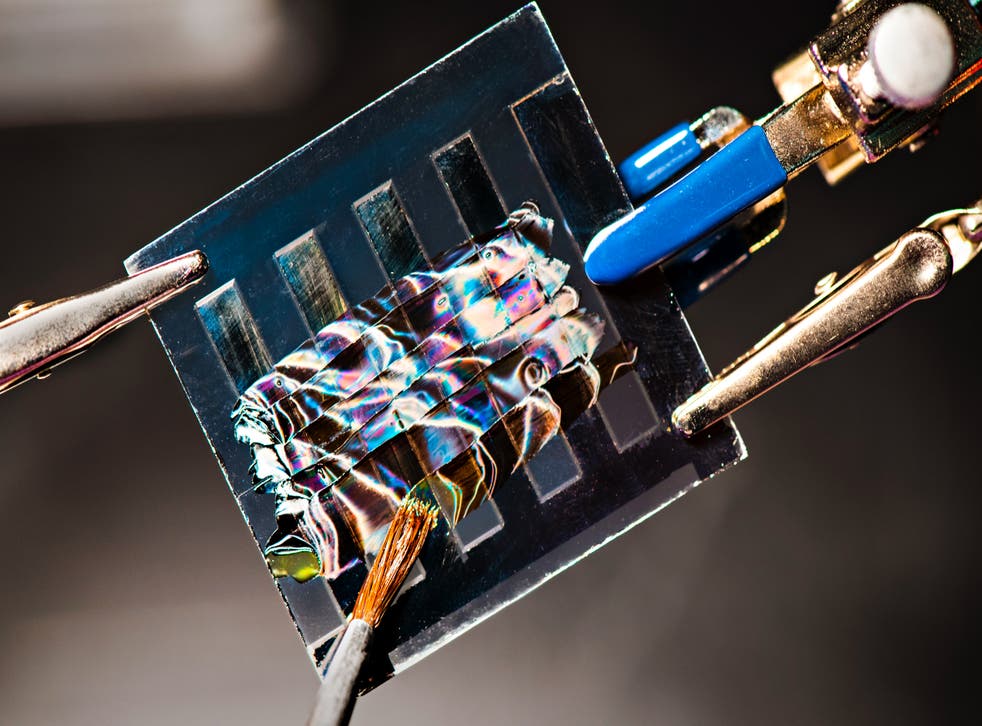 Smartphones in the future could be powered by invisible solar panels built into the device’s screen.

Adding the ability to charge from the Sun, by using the glass in the screen, has long been a dream of phone users.

But the materials to make it practically possible are lacking, making such technology difficult to develop.

This is because the materials necessary to make the solar cell opaque are the semiconductor layers, which are responsible for capturing light and converting it into an electrical current that could power a phone.

Nevertheless Professor Joondong Kim and his collagues from Incheon National University in South Korea have suggested that either titanium dioxide or nickel oxide could be used.

Titanium oxide production is both environmentally friendly and non-toxic, as well as being able to absorb invisible ultraviolet light while letting the visible light range pass through it.

Nickel oxide, similarly, has a high optical transparency – as well as being one of the most abundant elements on planet Earth and able to be manufactured at low temperatures.