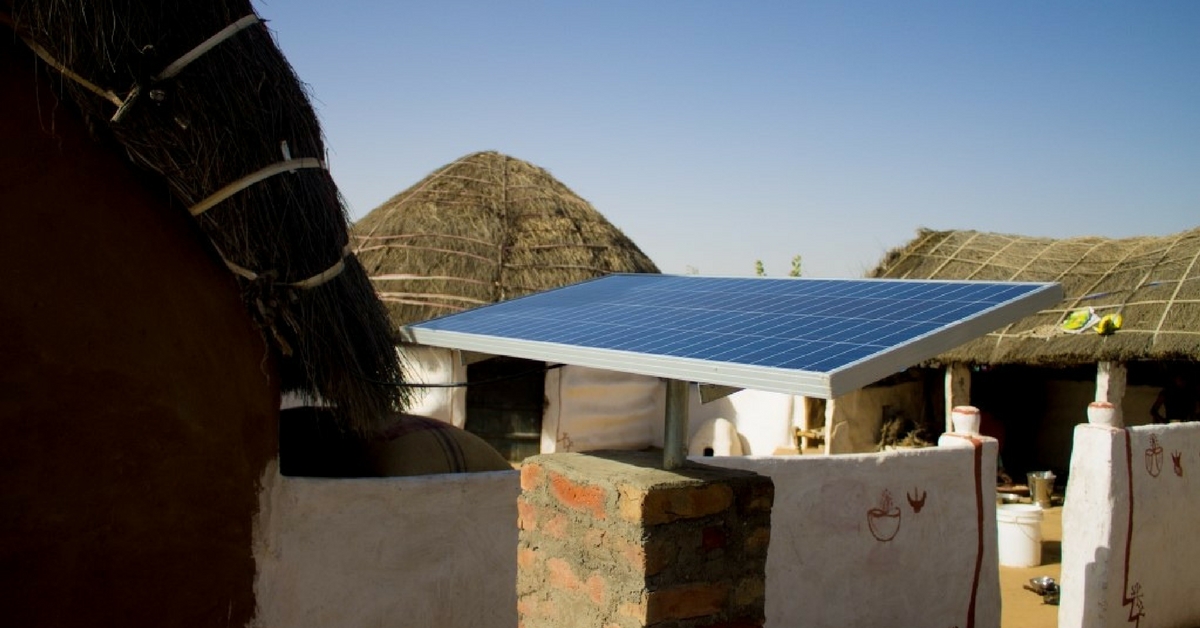 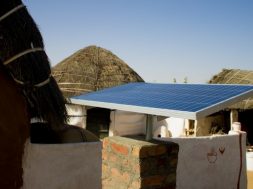 Solar micro-grid is an innovation that can power the remotest parts of India with clean energy that can now eradicate energy poverty.

Almost everyone understands energy security but not as many when it comes to energy poverty. More than 800 million people or nearly one out of every seven in the world today don’t have access to electricity and several million more who are denied a reliable source of power. This is perhaps one of those issues that does not stare us in our face like global warming or economic poverty. Yet, if one scratches the surface, lack of access to electricity is a serious challenge, more so in developing countries like India.

The real challenge in providing universal access to power is in fact more about economics than anything else. There is a supply side challenge and a demand side challenge that one should understand and interestingly these are closely connected. Building large power plants and transmission grids that run into several hundred kilometers before landing at sub-stations and the intricate last mile connections that take electricity to homes, schools, hospitals and factories is how it works today. A large infrastructure such as this comes with cost i.e. economic and environmental, not to mention other related challenges like land acquisition etc. Higher costs means a vast majority of Indians cannot afford to pay for them, which leads to other problems like power theft. In many ways, this has been the main reason why universal access to power has been a long pending issue in India.

After more than seven decades of gaining independence and a century after the first power plant was commissioned in India, we have landed on a solution that can be game changer for everyone – Solar Microgrid.

Typical solar micro-grids consist of an array of photovoltaic (PV) cells that generates power and transmits to a central controller called the Power Conditioning Unit (PCU). The PCU then transmits electricity directly to homes, shops, offices, street lights, etc. Further during the day, if the power generated is not used or surplus power is generated, the PCU directs this to the battery bank which stores power. This power can then be used after the sunset.

However, there is a lot more to solar micro-grids.

A host of technologies, partners and a dedicated team at grassroots have come together to make all this happen. At the heart of this solution is what is known as REM – Reference Electrification Model.

REM helps in finding out the best electrification solution for any given area based the location, how much sunlight is received in the case of solar power, reach of grid, demand for power (based on population and use), fuel costs etc. REM can be used both for large and small projects, all the way down to single system. By including technical, economic and market data, REM helps in building different scenarios to ensure the optimal solution for any electrification project at the planning stage.

The tool is now known as Optimised Cost of Electrification Model or OCEM (pronounced awesome). We are not only using it for our microgrids that we are planning in India, but also used in some other countries like Rwanda and Mozambique in Africa. This is the first innovation and technology innovation we did while developing microgrid. The road to microgrid was through many of these challenges, innovation and new solutions.

The objective was we develop a tool which will be able to tell us what sort of electrification is required. And the tool is now known as Optimised Cost of Electrification Model or OCEM (pronounced awesome). We are not only using it for our microgrids that we are planning in India, but also used in some other countries like Rwanda and Mozambique in Africa. This is the first innovation and technology innovation we did while developing microgrid. The road to microgrid was through many of these challenges, innovation and new solutions.

The potential success of the solar microgrid model to successfully electrify complex and layered markets like India is due to a few enablers. Today we are seeing a host of individual institutions from both private and public sector coming together to resolve very complex socio-economic challenges. The microgrid model were faced with three challenges — battery technologies that were prohibitive, dependence on polluting diesel generators (DGs) and cost to consumers. After considerable research and experimentation, today we have found a cost-effective battery technology, replaced DGs with biomass-based generators and have consumer appliances that are 10 times more efficient than what is been available until now.

Another enabler is perhaps the power of public-private partnership that has brought together technology, capital and grassroots social activism that now holds the potential to change the electrification landscape of rural India.

The founding fathers of India’s century old road to electrification had dreamt of providing clean, abundant and affordable electricity to all. And for the first time we seem to be at the cusp of not only providing electricity but also economic opportunities they have been denied for so many years.