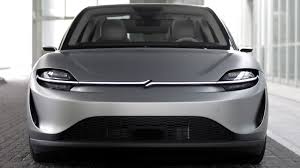 Sony’s electric vehicle Vision-S has been put on public roads for testing, the Japanese tech giant announced at an event. Sony said that testing for the prototype vehicle began last month in Austria, as the company now looks to improve its safety.

The development of the prototype vehicle has reached ‘the next stage’ and Sony plans on carrying out tests in other regions as well, reported CNBC.

Vision-S, a four-seater car, is powered by two 200 kilowatt motors — located at its front and rear. It weighs 5,180 pounds or 2,350 kilograms. The vehicle uses 40 sensors to monitor safety and undertake a range of tasks such as autonomous parking.

Although only a prototype vehicle, Sony has partnered with some significant players including vehicle manufacturer Magna Steyr. In a video published by Sony on January 11, Frank Klein, the president of Magna Steyr, described the Vision-S as “just the starting point of our joint cooperation”, reported CNBC.

Given that Sony is not very well known for making cars, it will be interesting to see how plans for the Vision-S pan out in the future. Especially at a time when market leader Elon Musk’s Tesla delivered 4,99,550 vehicles in 2020.