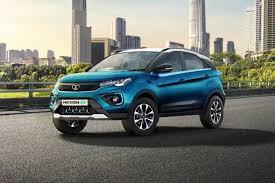 The Tata Nexon EV has no direct rival in the Indian market as of now, which is also one of the reasons for its sheer dominance in the EV space

The ongoing and rising global transition from ICE vehicles to EVs has resulted in a range of electric cars being launched in the Indian market in the past couple of years. However, India is still far away from some other countries in terms of EV infrastructure. Nonetheless, people have started accepting EVs as replacement for ICE cars, which is evident from Tata Nexon EV’s sales numbers.

The Tata Nexon EV, launched on 28 January 2020, was the best-selling electric car in the Indian market last year. The car is all set to celebrate its first anniversary soon, and what better way to celebrate than with this news. Tata Motors managed to sell 2,602 units of the Nexon EV in 2020, which means that it ended the year with a 62.90 per cent market share.

Tata’s other EV – the fully-electric version of the Tigor sedan – recorded a total sale of 100 units in 2020, and a market share of 2.42 per cent. The Mahindra e-Verito finished last on the list of electric car sales last year, with just 9 units sold in the entire year, and a market share of 0.22 per cent.
As of now, a range of manufacturers are working on launching new EVs in the Indian market, and 2021 could witness a launch of at least 5 mass market electric cars. Some of the upcoming EVs in India could include Tata Altroz EV, and Maruti Suzuki Wagon R EV.

Moreover, the electrified version of the XUV300 is also expected to launch in the second half of this calendar year to compete directly against Tata Nexon EV with more than 300 km claimed driving range on a single charge.