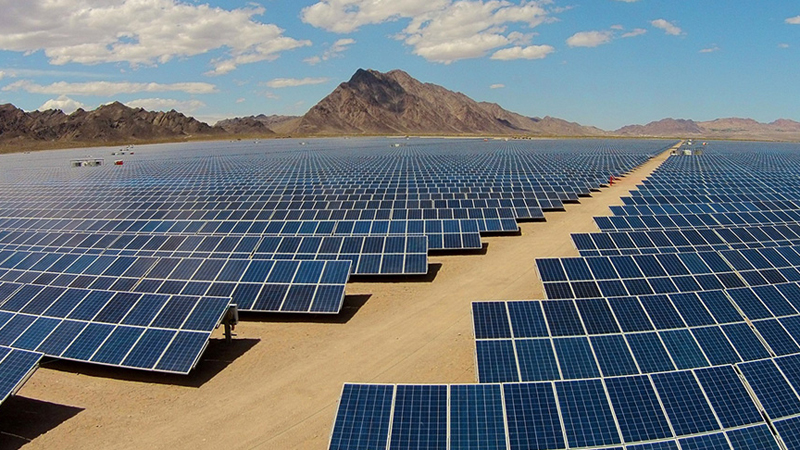 The European Investment Bank (EIB) has signed an agreement with Solaria Energía y Medio Ambiente, S.A. (Solaria) to help finance seven photovoltaic plants located in Castilla y León, Castilla-La Mancha and Extremadura. The new installations will have a total capacity of 261.05 MWp and will generate approximately 477 GWh of energy a year overall, a volume equivalent to the power use of 121 300 Spanish homes.

The plants are owned by Solaria, which is also the developer, builder and operator. Solaria is a Spanish company specialised in the development, construction and operation of photovoltaic power plants and currently has more than 800 MWp of installed capacity, operating across Spain, Europe and South America.

To support the construction and commissioning of the plants, the EU bank will provide Solaria with a total of up to €54 million through a project finance arrangement. The EIB financing will be divided into two tranches: a senior project finance tranche of up to €51.7 million, and an EIB debt service reserve facility of up to €2.3 million. The EIB will provide additional private financing of up to €14 million for the project through a bank-intermediated tranche, which is expected to be signed at a later date.

The remaining project finance amount was signed by Natixis, which will also act as an interest rate swap provider for all senior debt. The EIB’s involvement has improved the financing conditions offered to Solaria.

In addition, the EIB funds will contribute to the security of energy supply, the fight against climate change, job creation and social cohesion. All the plants are located in cohesion regions, helping to promote the economic recovery of areas that have been particularly affected by the COVID-19 pandemic.

The construction of the photovoltaic power plants will contribute to Spain’s targets for 2030 for reducing CO2 emissions, and to its renewable energy targets in the National Energy and Climate Plan, under which the share of renewable energy sources in gross final energy consumption is set to increase from 20% in 2020 to 42% in 2030.

EIB Vice-President Ricardo Mourinho Félix said: “As the EU climate bank, we are delighted to be promoting the development of infrastructure for renewable energy generation to help contribute to sustainable economic growth and the creation of high-quality employment in Spain. This operation once again demonstrates the EIB’s strong commitment to clean technologies as a key element for achieving Europe’s goal of reaching climate neutrality by 2050.”

President of Solaria Enrique Díaz-Tejeiro said: “Solaria is proud to be working with the EIB again. This new agreement is further proof of the EIB’s commitment to Solaria and thus to the energy transition we are promoting in order to replace polluting energy sources with renewable alternatives.”

The EIB Group recently adopted its Climate Bank Roadmap to deliver on its ambitious agenda to support €1 trillion of climate action and environmental sustainability investments in the decade to 2030 and to allocate more than 50% of its financing to climate action and environmental sustainability by 2025. As part of the Roadmap, all new EIB Group operations will also be aligned with the goals and principles of the Paris Agreement from this year.

In recent years, Solaria has grown from an industrial group into a power generation company. Listed on the Spanish stock exchange since 2007, the company has a long track record and entered the selective Ibex 35 index in 2020. In March 2021, Solaria became a signatory of the United Nations Global Compact, in line with the company’s strong commitment to sustainability, by strengthening and aligning its strategy with the Ten Universally Accepted Principles in the areas of human rights, labour standards, the environment and anti-corruption, and by adopting measures to support the objectives of the United Nations, which are currently embodied in the Sustainable Development Goals (SDGs) and the 2030 Agenda.