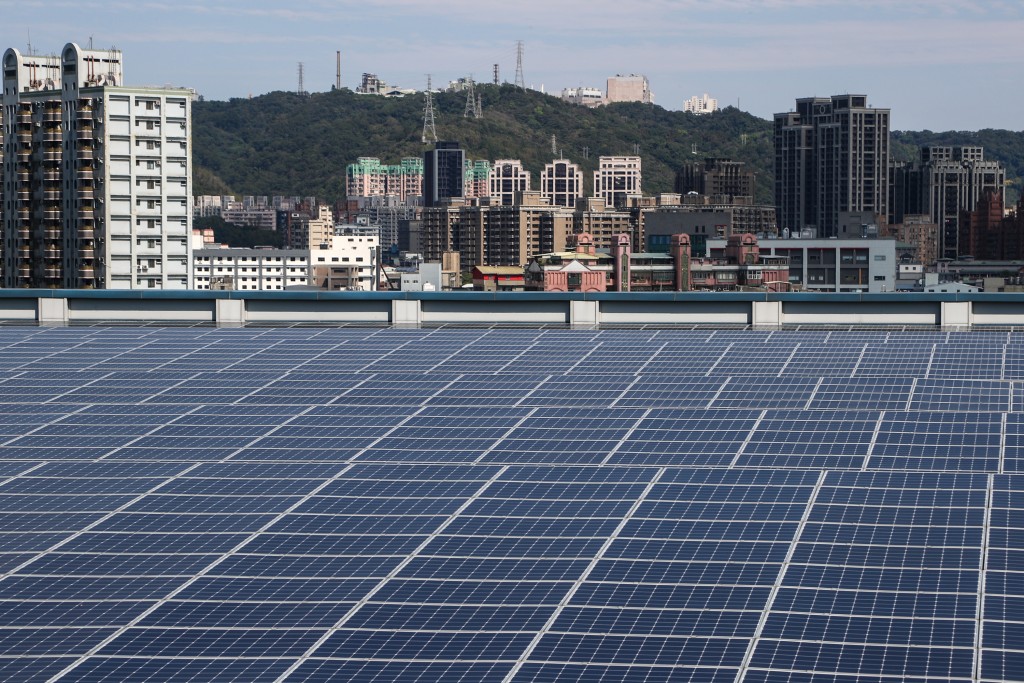 TAIPEI: The government will continue to promote one green energy project after another, as alternative power production methods are a core policy, President Tsai Ing-wen (蔡英文)

She was speaking at the launch of a solar panel project at the headquarters of TBI MOTION (全球傳動公司) in the New Taipei City district of Shulin, the Liberty Times reported.

Tsai named solar energy as one of her administration’s priorities while pointing out that chipmaker Taiwan Semiconductor Manufacturing Co. is planning to convert to 100 percent renewable energy by 2050.

While acknowledging that solar energy in Taiwan had met with some obstacles, the president emphasized that progress had still been made — for example, with the installation of solar panels on factory roofs and at fish farms.