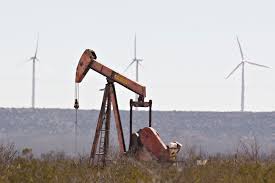 The New Math for Investors in a World of Cheap Energy 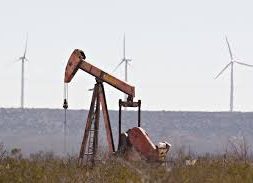 The New Math for Investors in a World of Cheap Energy

As oil prices swooned last month but before the West Texas Intermediate benchmark closed negative for the first time ever, I wrote that Big Oil’s belt-tightening would be bad news for clean energy. Reduced capital expenditures from major investors would be detrimental across the sector, and falling production would mean fewer renewables contracts signed in the oil patch.

It’s worth revisiting this idea — not because the facts have changed, but rather because they emphatically haven’t. The “nightmarish collapse” in oil prices has continued and is now leading to broader economic pain. As we think about how this will affect the future, there’s really only one key metric to consider: return on equity.

Return on equity measures a company’s profitability, and importantly, the net income returned to the company’s owners, public or private. In other words, it’s a measure of a company’s effectiveness at creating profits.

For years, integrated oil companies enjoyed very high ROE, which they returned in part to shareholders through share appreciation and dividends. There were economic cycles, of course, but even during the global financial crisis, returns never dipped below 10%.

That historically robust return on equity began to weaken when the price of Brent crude oil fell from more than $100 a barrel in 2014, to less than $30 a barrel two years later. It recovered by 2018, but peaked below $90 a barrel.

ROEs are now trending down again. Per Bloomberg Intelligence, the average for integrated oil majors at the end of 2019 was about a third of what it had been in 2006. 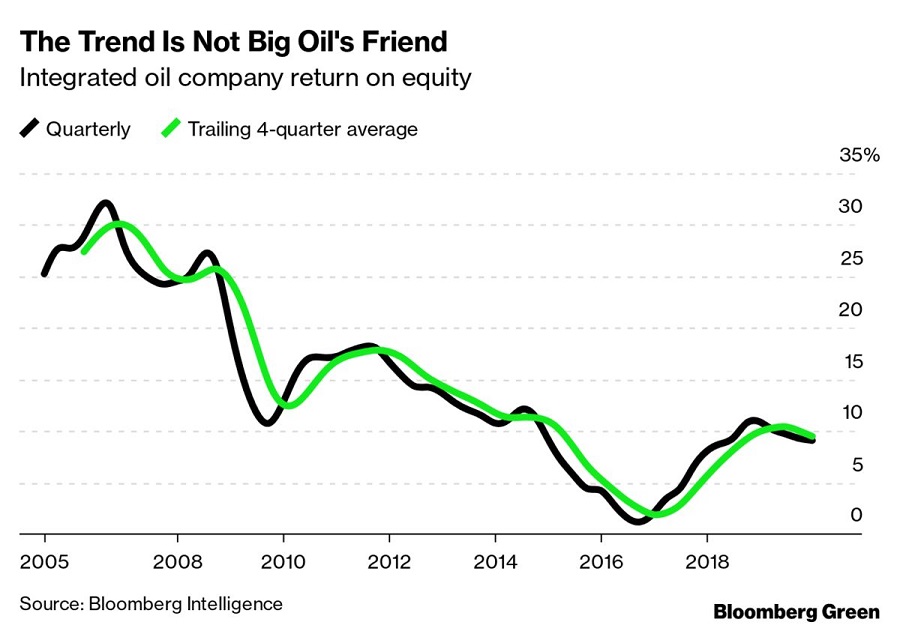 And mind you, that’s before the first quarter of this year, when falling demand due to the novel coronavirus sent the entire energy sector off a cliff. Not every integrated oil company has reported its first quarter results, but here’s a table of those that have. I’ve highlighted the so-called “supermajors;” among them, Chevron Corp. had the highest ROE, and it was still well below the integrated oil company average for the fourth quarter of 2019. 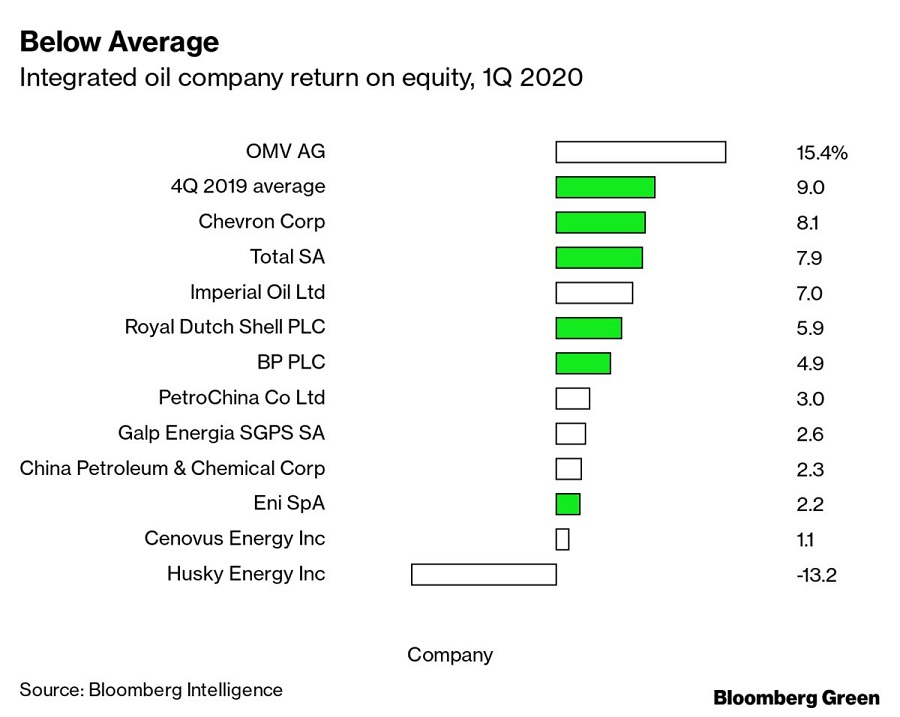 This depressed (or depressing) return on equity position matters right now because an oil company’s new normal low ROE is lower than what BloombergNEF expects new renewable energy assets to achieve. In our latest levelized cost of electricity analysis, the global benchmark return on equity for offshore wind is 11%; for onshore wind, 9%; for photovoltaic solar, 8%.

Those ROE expectations — which, let me say again, are higher than what most oil majors can expect at the moment — do not mean a high cost of electricity. Onshore wind and solar PV are now the lowest-cost new sources of power generation for at least two-thirds of the global population, 71% of global GDP, and 85% of global power generation. That competitive position is the culmination of more than a decade of significant declines in the cost of renewable electricity and battery energy storage. 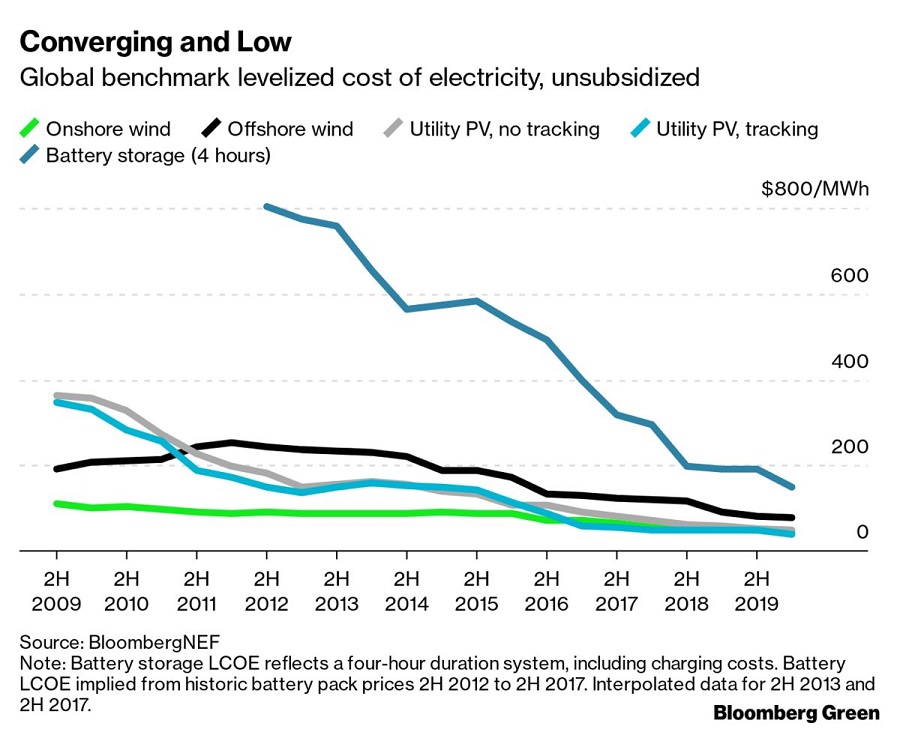 You don’t need to take this cost trend from me, either. If BNEF’s analysis is the theory, here’s the practice: California has just published its annual review of the cost of its renewable portfolio standard, which includes the cost of new clean energy contracts by year of signing. In 2010, the state was paying more than $170 per megawatt-hour for new clean energy. Last year, it was paying a bit more than $28 per megawatt-hour.

Nathaniel Bullard is a BloombergNEF analyst who writes the Sparklines newsletter about the global transition to renewable energy. ©2020