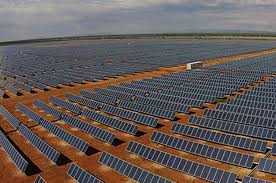 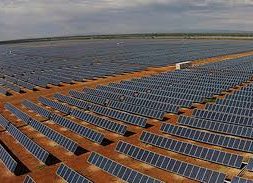 Hosam Hussein is one of the 10,000 Egyptian workers that helped build the fourth largest solar park in the world.

According to the IFC, before sunrise, workers from several communities in Upper Egypt would wait for their bus rides to enter the vast western desert in Aswan – where 45 different private companies are operating to build solar panels visible from space.

“The project had a critical role and a great impact on the community here, from job opportunities to awareness of new and renewable energy,” he told the World Bank, “one of the main things that the project helped provide for the region was many job opportunities for the people in Aswan.”

While economic growth in emerging economies has often been linked with environmental damage, the Benban solar park shows the world that environmental sustainability can improve livelihoods, raise incomes and be socially inclusive.

For years, it was well known that regions in Africa and the Middle East are sun drenched and rich in potential power generation capacity, particularly in the area of renewables. However, the surge in green growth depended largely on two main things: national policy and international cooperation.

Egypt launched the 2035 Integrated Sustainable Energy Strategy, which crafts a strategy that emphasizes the importance of renewable energy and plans to increase the supply of electricity generated from renewable sources to 20 percent by 2022 and 42 percent by 2035, with wind providing 14 percent, hydro power 2 percent, and solar 25 percent by 2035. Additionally, the government plans to cooperate closely with the private sector to deliver this capacity.

In 2012, the government also approved the Egyptian Solar Plan, which includes adding 3.5 GW (2.8 GW CSP and 700 MW PV) of solar energy by 2027, and the Ministry of Electricity and Renewable Energy signed seven memoranda of understanding worth USD 500 million for solar and wind projects in Egypt. Since the Renewable Energy Law (Decree Law 203/2014), more companies from the private sector were pushed to produce electricity from renewable energy sources, as a number of initiatives have already appeared in the market such as KarmSolar, which was the first private solar integrator in Egypt to obtain a license from the Egyptian Electricity Regulatory Agency.

International cooperation at the heart of funding

Egypt’s Ministry of International Cooperation can be summarized through ‘economic diplomacy’ as defined by Minister H.E. Dr. Rania Al-Mashat, which aims to develop and strengthen the economic cooperation between Egypt and other countries as well as international and regional organizations, the private sector and civil society.

The solar park is financed by several international development partners, including the European Bank for Reconstruction and Development, International Finance Cooperation, the Green Climate Fund, and the European Union.

Guided by the triple Ps of the Global Partnerships Narrative: people and projects and purpose, development financing is redesigned to focus on people-centered and purpose-driven financing to reflect the changing global dynamic and adequately meet the Sustainable Development Goals.

Before Benban, IFC notes that villagers only found employment in agriculture, particularly in the mango and date palm. Yet construction of the solar park helped diversify employment opportunities and help communities improve their livelihoods in agriculture.

“Conversations with local communities and the developer’s association are already underway to better understand what they will need going forward,” Raymi Beltran, an IFC senior environmental specialist, said, “we’ve learned that getting it right on the front end and investing in capacity-building on environmental, social, and health and safety matters pay off.”

The solar park is expected to avoid 2 million tons of greenhouse gas emissions a year, which is equivalent of taking about 400,000 cars off the road. It will also power hundreds of thousands of homes and businesses.

Mohamed Emara, told IFC how it improved local communities, explaining that “many of the people on this site never had steady employment before they joined. They were day laborers. But now, they are being trained and learning skills that will help them find work on other projects.”