A Dutch couple has managed to give the ‘zero waste’ lifestyle a whole new perspective with a solar powered vehicle that they have built from the ground-up using nothing but recycled materials.

And in case you think that is the catch in this story, get this, the vehicle, called the Solar Voyager, will act as their mode of transport and communication in their soon to take place South Pole expedition.

As a part of the project ‘Clean2Antarctica’, Liesbeth and Edwin ter Velde are getting set to drive the Solar Voyager all the way to the South Pole. During their expedition, the Solar Voyager will help the couple as a storage facility, a means for clean water, a communication source with the mission control centre and more. 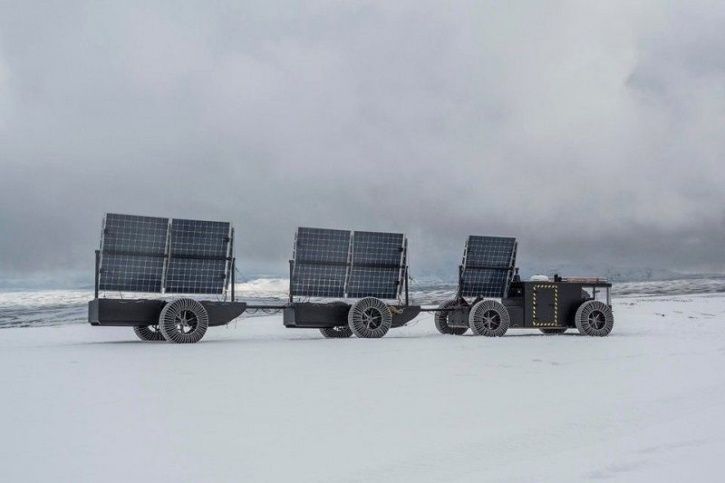 For this, the state-of-the-art vehicle appoints ten solar panels that provide constant power for the engine as well as the vacuum pipes, which can be used to melt the ice to garner drinking water. Spanning across 16 meters in length with two trailers carrying food, the vehicle uses special tyres with reinforced net to stay on top of the ice despite its near 1.5-tonnes of weight. There are also infrared windows at the front to absorb whatever little of sunlight is available and keep the cabin warm.

Interestingly, the couple got the idea for the Solar Voyager out of used plastic and other recyclable material. For the same, they designed HexCore, a hexagonal building block which would go on to be the structure of the entire Solar Voyager. Post the structure, all the technical elements were fitted and the Solar Voyager was taken for a test run in Iceland, where it performed well, much to the team’s excitement.

tags: This Solar Powered Vehicle Is Made Entirely Of Waste Plastic And Is Heading To South Pole
37
previous Silicon Mobility Completes $10 Million Series B to Revolutionize Electric and Hybrid Vehicle Power Efficiency
next EV Safe Charge Ranked One of “Top 15 Most Fundable Companies” by Pepperdine Graziadio Business School