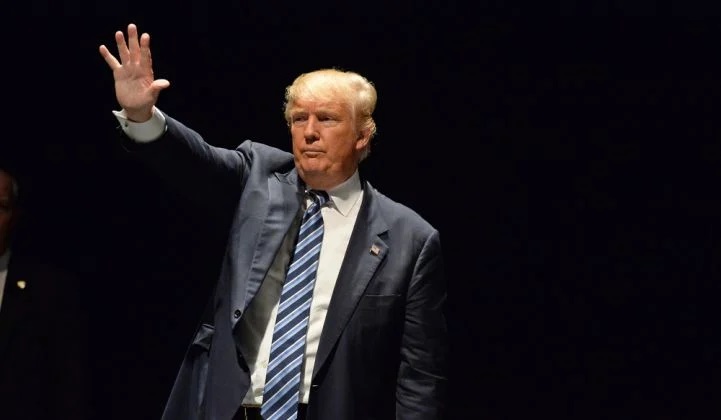 A Saturday ruling from the U.S. Court of International Trade has once again paused the Trump administration’s plans to extend Section 201 tariffs to two-sided solar panels.

Judge Gary Katzmann placed a temporary restraining order on an October presidential proclamation, which members of the solar industry argued should fall under the purview of an injunction the court had already put in place to stop the administration from tariffing bifacial solar panels.

For the moment, the ruling quashes the administration’s latest salvo to extend the reach of its tariffs on imported solar, a fight the Trump administration continues to pursue just days away from the U.S. presidential election. Bifacial solar panels will continue to enter the U.S. tariff-free.

The U.S. Trade Representative’s reversal on an exclusion for bifacial solar panels, initiated in October of 2019, has already been challenged by a group including the Solar Energy Industries Association and Invenergy Renewables, with a case in the U.S. Court of International Trade.

Those plaintiffs argued to the court last week that the presidential proclamation, which separately aimed to revoke the Section 201 exemption offered to bifacial solar panels and increase overall duties from 15 to 18 percent in the last year of the tariffs, should be considered under the existing case.

“It’s so directly tied to the ongoing litigation that I don’t see how the court wouldn’t extend the injunction to this action,” David Glynn, an attorney at Holland & Hart, told Greentech Media last week.

With the presidential proclamation now caught up in the existing Invenergy case, the avenues via which the administration could pursue stricter tariffs are narrowing. Though the president generally has wide latitude on trade-related matters, the nature of Section 201 tariffs could limit the administration’s argument as the case wends its way through the courts, said Glynn.

“We’re talking harm to the economy, harm to industry, but not national security,” said Glynn. “That’s distinguishable, and I think that’s where a presidential proclamation like this might have trouble.”

Of course, there are several unknowns in how the case may progress. That includes the election: it’s uncertain whether Joe Biden, if elected, would press on with the case initiated by his predecessor and opposed by the solar industry. The Supreme Court is another factor if the case is appealed. Judge Amy Coney Barrett, appointed by Trump, is likely to be confirmed to the court today.