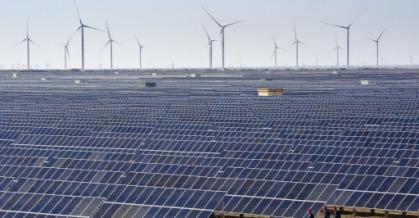 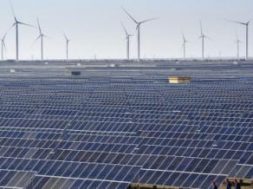 Calling all pro-solar landowners, residential and commercial customers and communities

DENVER : TurningPoint Energy, a renewable energy development company focused on community solar, utility-solar and battery storage projects announced today it will be expanding its community solar efforts to include the state of Maine. The company’s New England team is engaging with landowners interested in leasing or selling their property for solar development, residential and commercial customers interested in participating in solar projects and pro-solar communities seeking to bring clean energy to their residents.

In June, Maine became the 20th state to enable community solar programs when Governor Janet Mills signed into law L.D. 1711, “An Act to Promote Solar Energy projects and Distributed Generation Resources.” The comprehensive bipartisan solar bill has created a pathway for the development of over 400MW of solar including community solar for the benefit of local homeowners, businesses, municipalities, and other organizations.

“It’s exciting to see the state of Maine open its doors to the community solar industry,” said Jared Schoch, president of TurningPoint Energy. “Our team has been bringing community solar to communities throughout the country. These projects not only help bring clean, renewable energy to people who do not have access to solar power, such as those who may not have a suitable roof for panels, renters, or low-to-moderate income earners, but also help bring jobs, tax revenue and economic growth to the state.”

What is Community Solar?

Community solar is unique because it offers a hassle-free way for residential and business customers to adopt solar energy with zero upfront cost and without needing to install a system on their own property. For instance, renters or businesses that can’t or don’t want to install solar at their property can still reap the benefits of solar energy when they subscribe to a community solar project and reduce their monthly utility bill.

Who Benefits from Community Solar

According to the national Coalition for Community Solar Access, the expansion of solar into the state of Maine will bring 553 sustained jobs during the construction of the solar facilities and $323.5 million in local economic benefits across the state through local tax revenue. All while bringing clean and affordable solar energy to 18,100 customers.

TurningPoint Energy is a clean energy development, advisory and investment company with solar development projects underway throughout the United States. Its principals have experience developing solar projects for utility and community solar clients totaling more than $2.5 billion in value over 1.1GW of operating solar power plants throughout the United States within the last decade. TurningPoint Energy is a lean, privately-held firm that adapts to its clients’ needs and finds ways to invest in its clients and their communities…at every turning point.

0
0   0
previous Siemens Gamesa reinforces its partnership with MidAmerican with 95 MW Southern Hills Expansion project in the U.S.
next SELF Finances $10 Million in Sustainable Home Improvement Loans in Florida