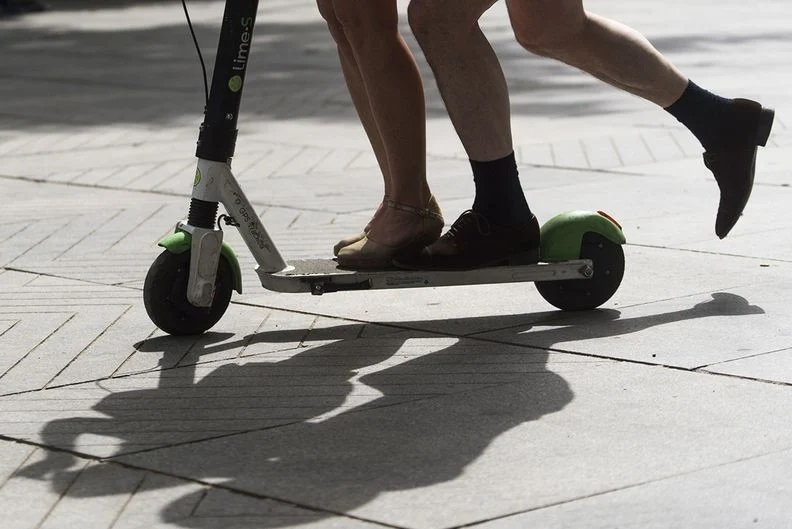 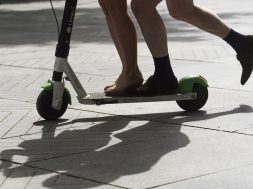 Uber Technologies Inc. is leading an investment round of $170 million in scooter-rental company Lime, a lifeline for a startup reeling from plunging customer numbers and company-wide layoffs.

Alphabet Inc., GV and Bain Capital Ventures, along with other new and existing stakeholders, also participated, Lime said in a statement Thursday. As part of the deal, Lime will acquire Uber’s Jump bike-sharing business operations and the two companies will expand the integration of their mobile apps.

The investment round valued Lime at $400 million, a person familiar with the terms said, asking not to be identified because they’re private. That’s a massive drop from the $2.4 billion investors priced the company at in a funding round last year. Lime didn’t comment on the valuation in the statement.

Venture capitalists have invested more than $1 billion in the last few years in two startups renting electric scooters — Lime and Bird — but they began falling out of favor this year. First unprofitable business models fell out of fashion, and then the pandemic kept customers stuck at home. Both companies had to drastically reduce their fleets by mid-March.

Lime said in January it was cutting 14 percent of staff, about 100 employees, and retreating from a dozen markets in a drive toward profitability. In March it said it was “winding down or pausing” service in all markets but South Korea. And in April, further job cuts were announced.

Lime said its CEO Brad Bao, would be replaced by Wayne Ting, previously the company’s head of operations. Bao will continue as board chairman.

Global self-isolation measures and government bans on travel had decimated Lime’s ability to generate revenue from the hundreds of thousands of scooters it has around the world. The company went from 147,000 scooter trips globally on March 14 to about 52,000 three days later as Europe went into lockdown.

Scooter companies are also suffering from a sharp decline in transportation spending and a newfound aversion to the sharing economy. This combination of factors is also weighing heavily on Airbnb Inc., Getaround Inc., Lyft Inc. and Uber. Lyft said Wednesday that it’s cutting 17 percent of its workforce.