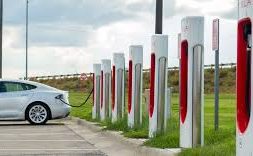 Delivering his second Budget as chancellor yesterday (Wednesday 22nd November), Philip Hammond announced UK government funding of over £340 million to boost sales of electric cars and to develop new regulations for driverless cars. The Chancellor confirmed that the government’s ambition is to create “the most advanced regulatory framework for driverless cars in the world” with a road worthiness target date of 2021.

Panos Emmanouilidis a Senior Analyst at GlobalData commented, ‘‘We have revised our electric vehicle sales estimates for the UK upwards based on yesterday’s Budget announcement that the government with funding support from industry will be spending £440 million on research and infrastructure development and a further £100 million to offer discounts for people buying electric vehicles until 2020.

In 2016, the Danish government decided to phase out financial incentives on buying electric vehicles and as a consequence according to GlobalData estimates sales could fall by as much as 45% in 2017. This contrasts with a rise of nearly 80% in electric vehicle sales in neighbouring Sweden and an average 30% rise across the European Union during the same period where many governments have maintained their subsidies.

The UK Chancellor also revealed that the benefit-in-kind tax for charging an electric car at work will be removed.

Emmanouilidis added, ‘‘The launch of more affordable electric vehicles over the next three years in combination with UK government subsidy support will make electric vehicles more appealing to UK motorists and increase demand. The key announcement in the budget was the £400 million infrastructure investment which will deliver many more charging points. Without an adequate charging network capable of meeting the growing demand for electric vehicles, motorists will remain hesitant about investing in this technology.’’

4,000 of the world’s largest companies, including over 70% of FTSE 100 and 60% of Fortune 100 companies, make more timely and better business decisions thanks to GlobalData’s unique data, expert analysis and innovative solutions, all in one platform. GlobalData’s mission is to help our clients decode the future to be more successful and innovative across a range of industries, including the healthcare, consumer, retail, financial, technology and professional services sectors.

35
previous Hydrogen: The next wave for electric vehicles?
next Private Firms May Soon Be Allowed To Set Up Electric Car Charging Stations