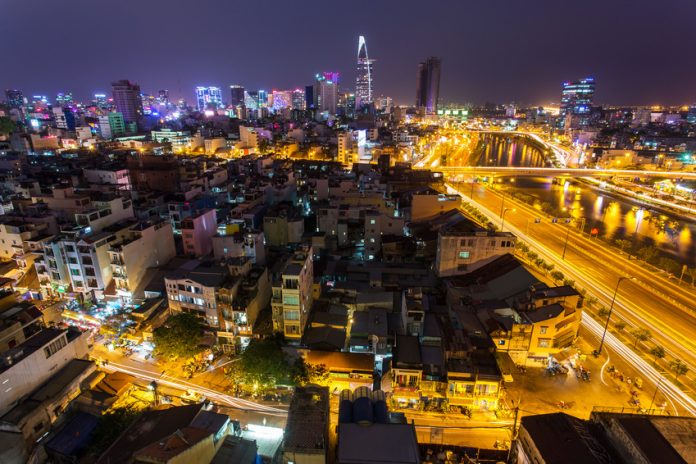 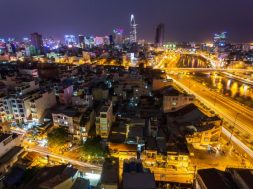 On the Electricity and Renewable Energy Authority of Vietnam (EREA) submitted Report No. 20/BC-DL to the Deputy Minister of Industry and Trade in charge. The report requests the Ministry of Industry and Trade (MOIT)’s internal approval of the draft of the Prime Minister’s decision on the selection of investors for grid-connected solar power projects in Vietnam .

This Draft Decision would apply the selection mechanism on a long-term basis. Bidding rounds will be conducted based on a so-called Renewable Energy Development Plan formulated by the MOIT for each five-year period. A more specific plan will be circulated on a biannual basis.

The main investor selection mechanism is a so-called “competitive selection of investors based on project’s location,” which means that: (i) project location will be chosen/determined by the governmental authorities; and (ii) investors must submit bids to compete for securing the project development right at that pre-selected project location. Under this Draft Decision, the bidding mechanism would be conducted at the local level by the Provincial-level People’s Committees (rather than by the MOIT at nationwide level).

As regards power sale/purchase price, the current Draft Decision provides that the ceiling price will be subject to a specific pricing framework, which will be prepared and issued by the MOIT on a biannual basis.

In addition, the Draft Decision proposes detailed regulations on eligibility requirements for investors participating in this mechanism, bidding procedures and requirements for selected investors. Notably, the Draft Decision also makes a reference to a model PPA template, but as the full text of such template has yet to be completed, it remains uncertain as to whether there would be any or significant improvements to the risk allocation and bankability of this proposed template for new renewable energy projects under this reverse auction mechanism.

Recommended considerations
The contents of the Draft Decision circulated by the EREA on 21 January 2021 is in draft form. Final contents are subject to further reviews by MOIT, and consultations with other relevant ministries and then the Prime Minister’s final signature.

In the meantime, please do not hesitate to contact us if you would like to know more about specific intentions under this Draft Decision and how it works under the overall legal mechanisms for renewable projects in Vietnam and any other details on the following items:

Necessary legal considerations for existing and newly proposed solar farms to best prepare for participation in the competitive selection mechanisms
Specific selection procedures as proposed under the Draft Decision.
Specific opportunities and challenges, as well as legal and practical solutions for development and investment in greenfield solar power projects in Vietnam.

In depth
The investor selection mechanism proposed under this Draft Decision applies to all solar power projects directly connected to the national power grid. Under the Draft Decision, a solar power project may be approved for development by either of the following methods: (i) Competitive selection of investors based on the project’s location (ii) Investor approval.

Most parts of the Draft Decision provides guidelines for competitive selection method (i). On the other hand, no specific guidance on the “investor approval” method was provided, but as a general rule of law, the “investor approval” method must be subject to the new Investment Law taking effect from 1 January 2021 as well as the investor appointment mechanism under the current bidding regulations. It is also worth noting that all of these will be subject to more guidelines specific to the solar and renewable energy sector to be provided in the final draft of the Prime Minister Decision.

Eligibility requirements for investors
The Draft Decision does not impose any restriction participation by foreign investors. However, participating investors must be “independent” from each other. This requirement may limit the number of proposed projects and chance of success in the bids of certain investors. For example, under the Draft Decision: (i) an investor must not be named in technical proposals for two or more proposed projects whether as an independent investor or as a consortium of multiple investors; and (ii) an investor must not own more than 20% capital of another investor participating in the bids.

In addition, the participating investors must submit, together with the bid proposals, certain documents demonstrating their experience and financial capability, such as financial statements in the last two years and evidence of the capability to mobilize investment capital (both equity financing and debt financing).

Power sale tariff
For selected projects, the electricity tariff is set at the rate proposed by the winning investors in the bidding process. Among the investors that have met all eligibility and technical requirements, as a general rule, the investors proposing the lowest power tariff will be selected to sign a PPA with EVN.

The applicable tariff will apply for 20 years from commercial operation date (COD) of the project and will be subject to the USD-VND exchange rate fluctuation based on the central exchange rate announced by the State Bank of Vietnam on the invoicing date.

To ensure the feasibility and enforcement of the proposed tariffs, the Draft Decision requires that the electricity tariff formulated by participating investors must take into account, among other things: (i) project development costs determined in compliance with the construction law and solar power regulations’; and (ii) grid connection costs.

For selected projects, if the project fails to reach COD as proposed during the bids, under the Draft Decision, the electricity tariff under the project PPA will be reduced by a cumulative portion of 4% after each 90-day period of delays/falling behind the originally proposed schedule.

Overview of the competitive selection procedures
The Draft Decision sets out the following key procedures:

The MOIT prepares/adopts the five-year renewable energy plan based on (among other things) the power development master plan and the status of the local power grids.

This five-year plan specifies: (i) a total capacity for each type of renewable energy source for a five-year period; and (ii) a list of transmission lines and substations (with voltages from 220 kV) coming into operation during the five-year period

In each two-year period, based on the five-year renewable energy plan, MOIT prepares/adopts a two-year periodical solar development plan, which specifies: (i) the total solar power capacity to be developed in each province/city; and (ii) a list of 110 kV/220 kV/550 kV transmission lines and substations that are capable of absorbing power generated from renewable energy projects.

On a biannual basis, Provincial People’s Committees (PPCs) prepares solar investors selection plans under their local management for the province based on (and no later than six months from issuance of) the MOIT’s two-year periodical Solar Development Plan. This selection plan must specify the projects’ locations that will be opened to bidding.
PPCs submit the draft solar investor selection plan to the MOIT and EVN for their appraisal/comments, prior to the PPCs’ adoption and publication of their selection plan.

For selected projects, the Draft Decision requires investors to sign a “project development commitment letter” based on the contents of the bid proposals. Investors must also deposit an investment project implementing security in the bank accounts of the local authority or other forms in accordance with the new Investment Law.