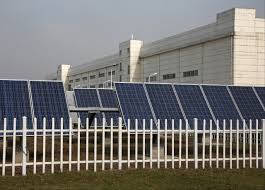 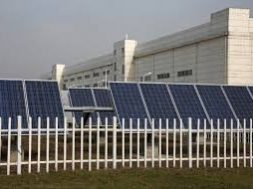 India’s largest private renewable power producer is doubtful that the nation will meet its 175-gigawatt green energy target by 2022 owing to uncertainty caused by tariff dispute in Andhra Pradesh.

India needs to auction 60-70 GW over the next few months to achieve the existing target even as Prime Minister Narendra Modi, in his recent address at the United Nations increased it to 450 GW.

That would require investments to double to $30 billion, said Sumant Sinha, chairman and managing director at ReNew Power Ltd., in an interview with BloombergQuint on the sidelines of India Economic Forum 2019. But given the Andhra Pradesh issue, investors are not willing to plough more money and that would delay the initial target, under current conditions, he said.

The new YS Jaganmohan Reddy government in Andhra Pradesh had put all renewable lower purchase pacts under review of a committee to cut tariffs agreed to before the rates fell to record lows when India moved to auctions-based contracts. While the court rejected the move to form the panel, it asked the state power regulator to decide tariffs within six months.

The power producers have to service debt and they won’t invest till clarity emerges, according to Sinha. ReNew Power has 5,000 megawatts of solar and wind capacity operational and another 3,000 MW of assets are under construction.

“We are well financed for all our ongoing projects. The financing has been down at the project level and hence the company has been ring-fenced,” said Sinha. Renew Power has also put the plan for an initial public offering on hold, he said, adding that it will wait till financial markets stabilise.