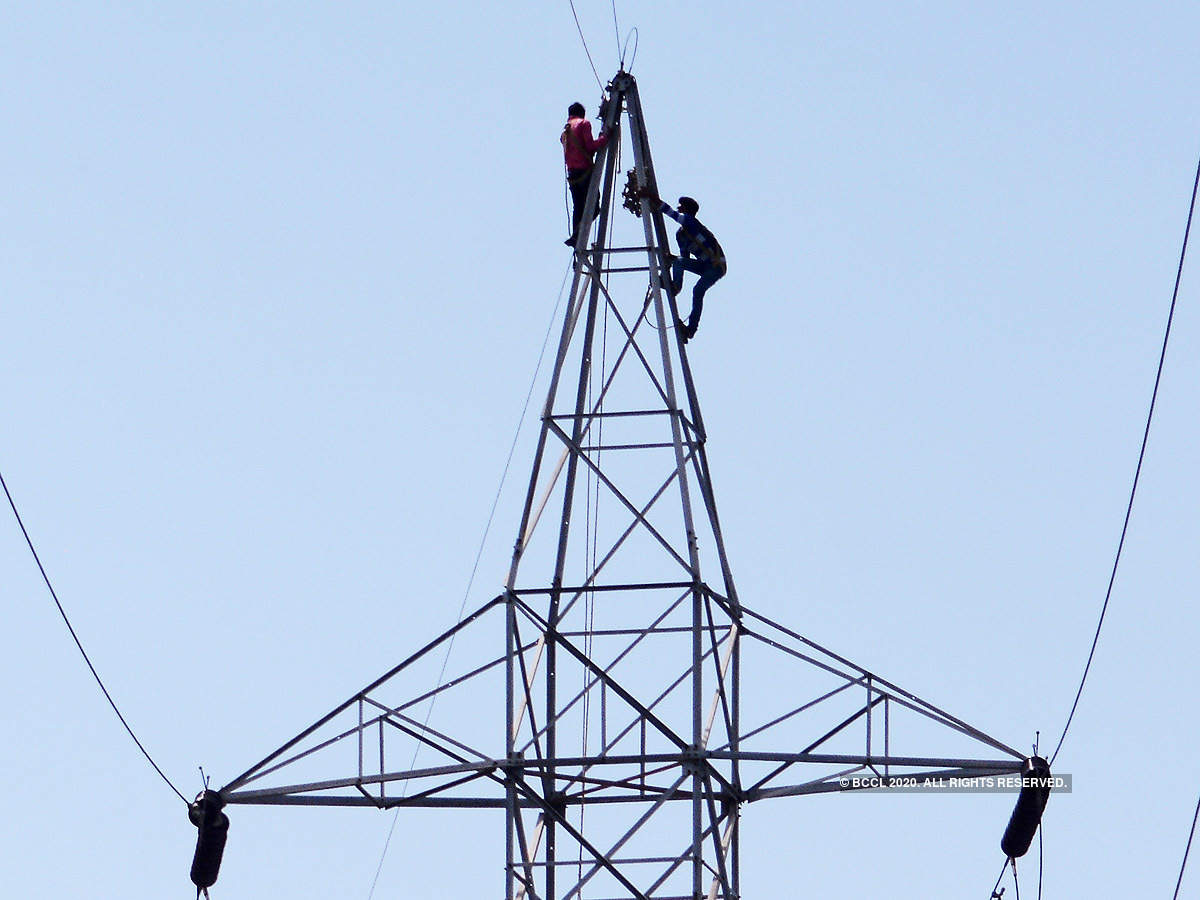 The world’s fastest-growing open electricity market has to be a great place for energy investors, right? Not when it’s India.

Prime Minister Narendra Modi’s ambition to electrify every village in the country has led to surging demand for grid power. Over the five years through 2018, India added output equivalent to 50 nuclear power stations, accounting for 13% of the increase in generation worldwide (China, where almost all of the power industry is state-controlled, made up 53%).

That booming market hasn’t translated into good times for the industry. Out of 45 Indian electricity companies for which Bloomberg has data, just two are covering their cost of capital — KKV Agro Powers Ltd., a tiny renewables developer, and PTC India Ltd., a power-trading business set up by the government. 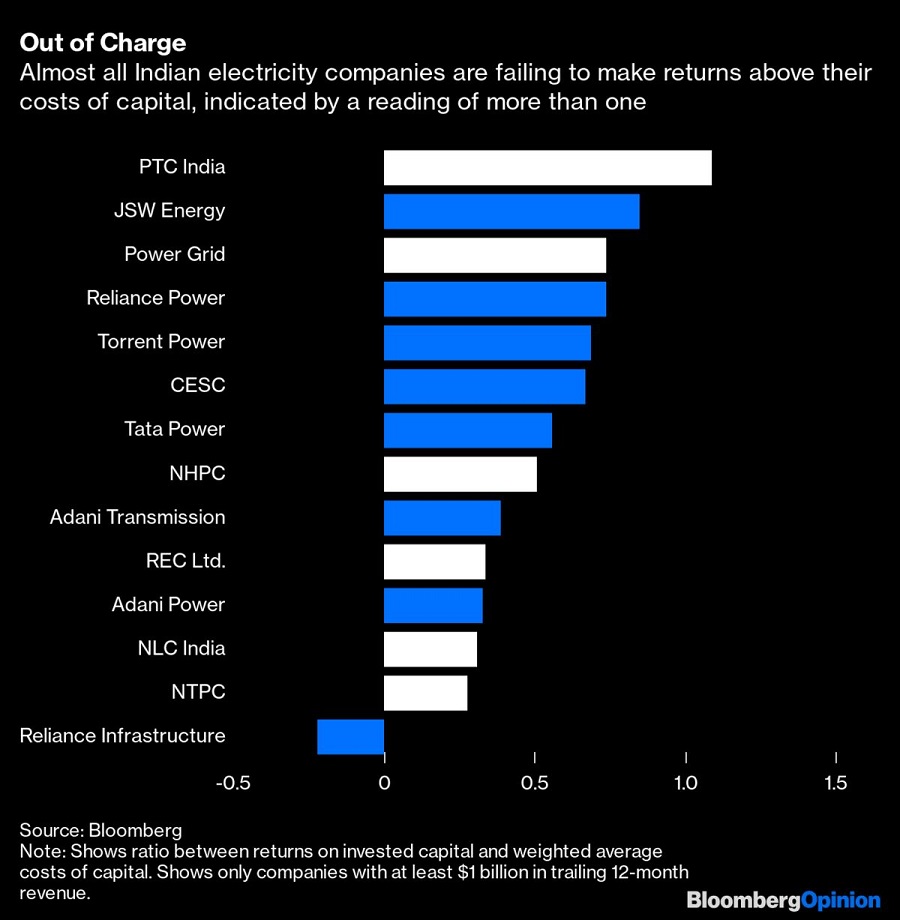 The problem isn’t entirely unconnected with the success of mass-electrification campaigns like Modi’s. The distribution networks that get electrons into households and businesses are owned by state and territory governments, and are run more for political objectives than commercial ones. Cheap and plentiful electricity is a clear vote-winner, but it doesn’t necessarily translate into profits.

Thanks to regulated prices and the general mismanagement of the network, India’s distribution companies (known as discoms) lose around 360 rupees ($4.63) on every megawatt-hour of electricity they deliver — equivalent to roughly 10% of the retail price. Spread that across a market generating more than 1.5 billion megawatt hours a year, and the losses quickly mount up. Total debt in the sector now amounts to 4.3 trillion rupees ($56.4 billion), according to a recent report by the Asian Development Bank Institute.

The precipitous slump in power demand as a result of the coronavirus — coming on the back of sluggish conditions ever since last year’s monsoon slowed economic activity — has led New Delhi to have another crack at solving this festering problem. Discoms will be able to put off paying their debts to generators and transmission companies for three months to see them through a period when customers week. These overdue payments alone amounted to $11 billion as of January, according to Fitch Solutions.

That will be a relief for the state-owned discoms, but it’s terrible news for the businesses that will pay the price for their delinquency — the generation sector, about half of which is in private hands. These companies have their own debt problems as it is, with Fitch Solutions estimating they have $40 billion to $60 billion of non-performing coal and gas generators on their books. 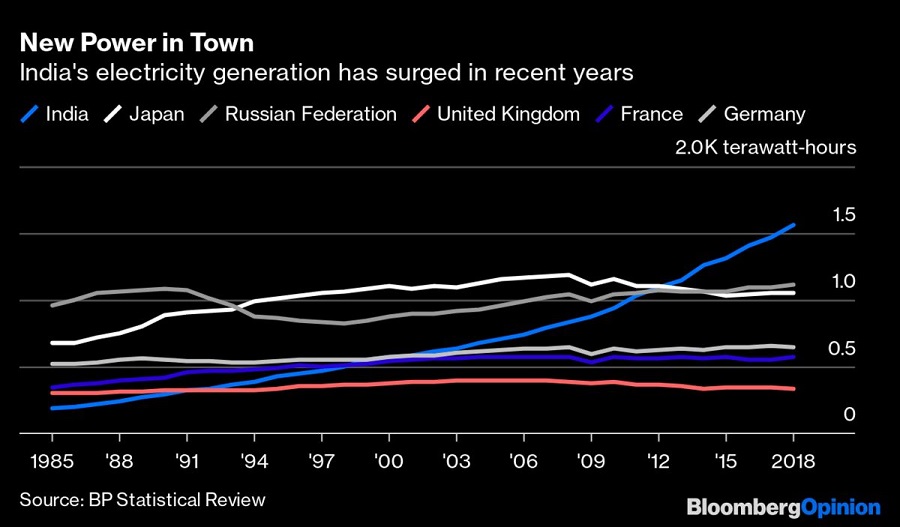 Load factors (the share of time that a plant is online) have been falling for years thanks to an overzealous build-out of coal plants in the early 2010s. These generators struggle to make money when load factors fall much below 70%; India’s were running at just 56% in the 11 months through February. With reports that power demand is down by as much as a quarter due to the Covid-19 shutdown,they’ll do well to be much above 40% at the moment.

Making matters worse, the generators are also expected to perform national service in the midst of a public emergency by providing uninterrupted power supply, despite their own dwindling cashflows. The rupee’s 9% decline against the dollar over the past 12 months will be raising the cost of imported coal for private generators, not to mention the cost of finance for rolling over all those debts.

Solving this won’t be easy. Programs like the rollout of prepaid smart meters to ensure that people actually pay for the electricity they consume and solar-powered water irrigation pumps to end the agriculture sector’s drain on grid revenues might help. But India’s ultimate problem is that its power industry is simultaneously too generous and not generous enough to the country’s households.

Retail customers benefit from cross-subsidies that put a lot of the cost of delivering power onto commercial users, raising costs for industry and hurting Modi’s ambitions to turn the country into a manufacturing powerhouse. At the same time, ample generation capacity is throttled by weak transmission and distribution networks that mean even households with a grid connection can’t always count on getting 24-hour power. Electrifying India involves more than just connecting a wire to a home.

Another major shakeout of the power sector is overdue. The falling cost of renewables represents an opportunity for the country to deliver cheaper electricity while reducing some of the particulate pollution from coal-fired generators that’s become such a damaging fact of life in recent years. The government needs to relieve the private sector from its coal-related debts to free it up for the immense investments in solar, wind, and storage the country now needs.

Billions of debts owed by private-sector generators are coming due over the next few years. If government doesn’t force a solution soon, credit markets will do the job instead. This column does not necessarily reflect the opinion of Bloomberg LP and its owners.

David Fickling is a Bloomberg Opinion columnist covering commodities, as well as industrial and consumer companies. He has been a reporter for Bloomberg News, Dow Jones, the Wall Street Journal, the Financial Times and the Guardian.