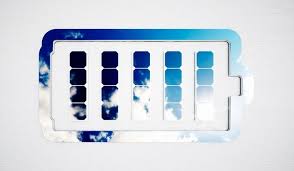 The U.S. beat its previous battery installation record by 240 percent, a sure sign of things to come.

The U.S. energy storage industry smashed its quarterly installation record with an influx of major projects in the third quarter.

The industry had just broken records in the second quarter, but it beat that period’s performance by 240 percent, installing 476 megawatts, according to the Energy Storage Monitor out Wednesday from Wood Mackenzie and the Energy Storage Association.

The growth came in spite of the coronavirus fallout, which slammed the broader economy and conventional energy companies in particular. But this did not stop a growing number of states from deciding that the ability to store electricity and release it on demand will be central to maintaining their grid networks amid the rise of renewable power plants.

More significantly, this quarterly record does not look like an outlier. Annual deployments are expected to more than double in 2020 overall and nearly triple in 2021, according to Wood Mackenzie’s analysis. The U.S. market is expected to reach 7.5 gigawatts in 2025, which amounts to sixfold growth from 2020.

2020 is on track to be the first year the U.S. storage market surpasses 1 gigawatt of installations and $1 billion of market value. In another sign of rapid growth, the U.S. in Q3 alone installed more storage capacity than any country besides the U.S. or China did in all of 2019, Finn-Foley said.

The residential storage segment set an incremental record of its own with 52 megawatts/119 megawatt-hours installed, marking six straight quarters of record installations. Batteries in the home are almost always tied to rooftop solar systems and are generally driven by consumer interest in resilience in the face of storms, fires and general grid failures. Nonresidential batteries maintained their tepid performance, declining slightly while the rest of the storage market grew.

“Residential storage is growing, for sure, but we see in our forecast that it’s more of a steady growth,” said Chloe Holden, an analyst focusing on the behind-the-meter storage space at WoodMac. “It’s a small market relative to what it could be, in terms of how many people there are with homes that could physically accommodate a battery.”

Residential battery capacity has nudged up by a few percentage points for each of the last six quarters, but the total number of behind-the-meter installations has stayed flat at around 7,300 sites for the last three quarters. The path to residential storage adoption is highly fragmented, with different value propositions from state to state or even within a state, based on policies and incentives, Holden noted.

“There’s all this stuff that’s preventing massive runaway growth right now, but things are evolving toward a world in which behind-the-meter storage is more easily tapped for grid services,” she said.

Front-of-meter battery procurement has a more straightforward pathway. California drove nearly all of the surge in front-of-the-meter capacity, thanks to the arrival of several mega-batteries. LS Power’s Gateway project, the largest in the world at 250 megawatts/250 megawatt-hours, reached completion in the third quarter. But several other projects at the scale of 50 megawatts or greater began operations without much fanfare, Finn-Foley noted.

The short duration of several mega-projects meant that the megawatt-hour capacity did not grow as much as power capacity, but it still doubled the record in the first quarter of 2017, at the height of the emergency Aliso Canyon procurements in Southern California.

In past years, the tiny number of large battery projects reaching completion in a given quarter resulted in drastic swings from quarter to quarter. Analysts cautioned against reading much into those rises and falls given the limited sample size. Now, the population of projects has reached a point where that’s no longer a concern.

“It’s a bit like turning the knob on the radio and getting the signal rather than the noise,” Finn-Foley said.

The pipeline of storage projects seeking interconnection skyrocketed by 64 percent last quarter, he noted, surpassing 130 gigawatts. Not all of those potential projects will get built, but the pipeline surged across the country, indicating an unprecedented geographic spread in storage development interest.