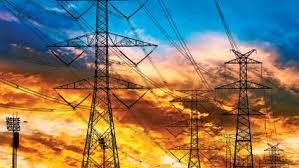 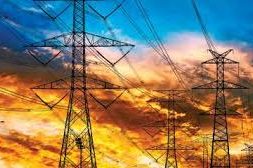 This apart, ATE has also sought suggestions on the problems faced by the distribution companies and transmission companies

In an unprecedented move, the Appellate Tribunal For Electricity (ATE) on September 6 issued an order seeking inputs from all stakeholders to resolve the problems faced by the power sector. The trigger was letter written by the power ministry in July to ATE asking it to direct the state electricity regulatory commissions (SERCs) not to create any further ‘regulatory assets.’ ATE has also asked views on the fate of power purchase agreements (PPAs) between the generating company and the procurer approved by SERCs and other set of PPAs which were sealed via Solar Corporation of India Ltd through competitive bidding but not approved by SERCs. Recently Andhra Pradesh government has decided to scrap PPAs in the renewable energy sector inked during the period of previous government citing higher tariff.

This apart, ATE has also sought suggestions on the problems faced by the distribution companies and transmission companies. Regulatory assets is a jargon for recoverable discom expenses which regulators acknowledge as pass-through costs, but are not immediately built into tariffs. They are at present worth Rs 1.35 lakh crore of which about half of these were created since the launch of the Ujjwal DISCOM Assurance Yojana scheme in FY16.

Central Electricity Regulatory Commission former chairman Pramod Deo said that ATE can issue directives to SERCs and also advisory to state governments on how to address the issues in generation, distribution and transmission. He told DNA “The financial health of distribution companies (discoms) is poor due to non revision of tariff, non payment of government subsidy and the Central government’s recent to open letter of credit for all power purchases. Discoms do not have required finances to open letter of credit and if they do so then that money will get locked and it will further constraint of purchase of electricity to meet consumer demands.”

On the other hand, energy expert Ashok Pendse said, ”In spite of such directions, SERCs have failed to give orders. This gives rise to regulatory assets. In number of states the regulatory assets are as high as 60% of annual revenue requirement. The mute question is whether discom survive under such stressed conditions.”

ATE invited senior counsel Basava Prabhu Patil, Sanjay Sen & Sajjan Poovayya to assist its bench to come out with mechanism to resolve problems faced by the power sector. Next hearing on September 14