London: Britain should not back more than one new nuclear plant after Hinkley Point C is built before 2025 because renewable energy is the lowest cost for consumers, an independent advisory group to the government said on Tuesday.

Britain plans to build a new fleet of nuclear plants to replace ageing coal and nuclear reactors set to close in the 2020s as well as to help cut the country’s carbon emissions.

However, private investors have proved reluctant to take on the huge costs of new nuclear plants, and the government has come under fire for agreeing to pay a price for electricity from EDF’s Hinkley Point C plant – due to come online by the end of 2025 – which is way above rival power projects.

Last month, the government said it might invest directly in another new nuclear plant planned by a unit of Japan’s Hitachi.

However, the National Infrastructure Commission said moving to an electricity system powered by renewable energy sources could be the “safest bet” in the long term and be the lowest cost outcome for consumers.

According to its calculations, the cost of an electricity generation mix with a high quantity of renewables would be comparable to building further nuclear plants after Hinkley Point C and cheaper than implementing carbon capture and storage on fossil fuel plants.

Established in 2015, the commission is an independent body to provide advice to the government on how best to meet the country’s long-term infrastructure needs.

In its first ever assessment for the government, which it is required to produce once every Parliament, the commission recommended steps should be taken to ensure renewables account for 50 per cent of electricity generation by 2030.

Currently, around 30 per cent of Britain’s electricity comes from renewables such as wind and solar power, up from 12 percent five years ago.

“An energy system based on low-cost renewables and the technologies required to balance them may prove cheaper than building further nuclear plants, as the cost of these technologies is far more likely to fall, and at a faster rate,” the commission said.

“The National Infrastructure Assessment therefore cautions against a rush to agree government support for multiple new nuclear power stations, and proposes that after Hinkley Point C in Somerset the government should agree support for only one more nuclear plant before 2025,” it added.

The government has up to a year to respond to the commission’s recommendations. 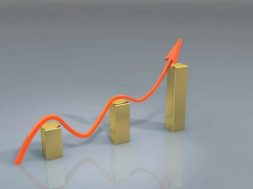