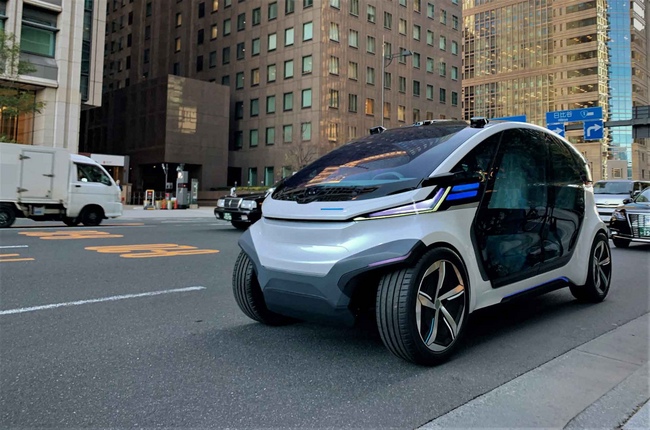 Driverless electric vehicle to be powered with solar rooftop 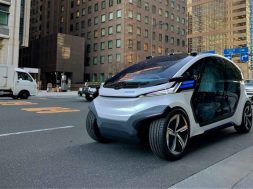 Driverless electric vehicle to be powered with solar rooftop

An Australian startup is developing an innovative autonomous electric vehicle (EV) that will utilise a solar PV roof and lithium ion battery system.

On behalf of the Australian Government, the Australian Renewable Energy Agency (ARENA) has today announced $2 million in funding to Applied Electric Vehicles Pty Ltd (AEV) to complete the next stage of its EV commercialisation.

Now the Melbourne-based robotics business is taking their solar powered driverless EV to the next stage of development. As part of this project, AEV will complete a pre-production prototype demonstrating AEV technology and ready to progress to the final stages of design and testing.

AEV’s vehicle will generate up to 60 per cent of its energy requirements from the sun, depending on the application. The use of a smaller battery pack will also mean the battery can also be charged by a common 240V wall socket, not requiring special charging infrastructure.

The $7.65 million project is being delivered in partnership with Japanese company Teijin Limited who is helping to develop the vehicle’s lightweight materials and manufacturing methods.

AEV’s MVS vehicles are designed for short trips at low speed. The versatile base platform could be used for a range of applications in delivery, agriculture, industrial applications, waste management as well as passenger transport. AEV’s vehicles combine a lightweight design together with its solar roof and high efficiency driveline.

ARENA’s funding will go towards solving energy related challenges such as selection of the most appropriate solar PV technology for the solar roof, and optimising the mass, energy efficiency, solar gain and safety of the vehicle.

“EVs are expected to play an important role in the coming decade in reducing the carbon footprint of transport. We hope to see AEV commercialise a homegrown driverless electric vehicle and be among the first to unlock the global driverless EV market.

“There is significant opportunity in the low speed vehicle market which is expected to gain considerable traction in cities, campuses and factories over the next decade that AEV could tap into,” Mr Miller said.

“AEV’s project could also unlock new applications for solar such as integrating it into curved surfaces and demonstrating that solar PV can directly power high-efficiency electric vehicles.

AEV’s CEO, Julian Broadbent – previously Director of Global Advanced Portfolio Planning at General Motors in the United States – said he was excited to bring this technology to market.

“Our project with ARENA is focusing on passenger vehicles but the learnings will be applied to other vehicles, helping to reduce the charging infrastructure burden as EVs roll out globally.

“The Modular Vehicle System will offer companies access to transport that is cost effective, pedestrian friendly, gentle on the environment and very customisable to their business needs,” he said.

“We appreciate ARENA’s support for AEV, providing both funding and valuable expertise along the way. With ARENA’s assistance, we’ll be able to take our design to the next stage of development in utilising renewables for our autonomous electric vehicle and provide something potentially game changing in the low speed EV market.”