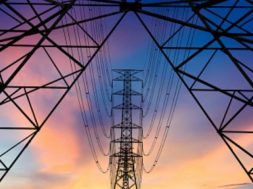 The year 2018 saw robust growth in the power sector in general and the power market in particular.

The year 2018 saw robust growth — Peak demand by 8% to 177GW, energy term 6.5% since last year. Government initiatives of 24×7 power and Power to all households by March 2019I has deepened the reach to most people and also now, more people rely their discoms for much better supply and incrased number of hours. Many States achieved more than 90% availability of power to its consumers. All these measures will improve demand side pull and will see healthy growth in the sector. The only constraint which surfaced last year was – coal supply chain. Therefore, for sustainable growth of the sector, we need to add more renewable capacity, improve fuel-supply chain for coal and gas plants and efficient utilization of existing capacity through smart portfolio optimization by State discoms in long and short term. Focus on attaining ‘Power for all’ adding accelerated capacity addition in the country; and the increasing competitive intensity at both the market and supply sides (fuel, logistics, finances, and manpower) is the key.

Here are major Government Initiatives, that have long-term impact on the way sector operates. UDAY- improved viability of Discoms to buy more power to serve more customers. However, objectives of reducing losses to 15% by 2019 was largely hampered due to ‘Power for All’ – which gave grid access to more customers but in the process increased losses. Discoms have not put in same efforts in reducing losses in absence of political will, it seems. However, few States like Delhi and Southern State of AP made significant improvements. This year, government also issued draft amendment to Electricity Act, 2003. The amendments intend to separate content & carriage, distribution of subsidies through direct benefit transfer, mandate that 24*7 power supply is discom’s obligation, ease open access to industry – by abolishing Additional Surcharge and limiting application of CSS for only one year from time when open access is first granted, provides for regulations of forwards like futures and derivatives as per government’s directions. And many other consumer-centric initiatives to provide smart prepaid meters to all consumers.

Th year also witnessed major CEC initiatives. This includes linking of DSM prices to DAM prices at the exchange average clearing price, was welcoming move to reduce reliance by Discoms on the grid for their mis-estimation of demand and contingent requirements. Open Access Registry, Real-time Markets – such ideas move further to increase market liquidity in the intra-day timeframe. Another proposal of Ancillary Service Market – scaling up to include merchant plants were long over-due, but the
methodology presented in the Staff paper, it was felt that its not consistent with Indian Market design.

Under short-term transactions, the PX volume increased by 21%, but OTC grew much stronger at 34%, direct transactions grew at 13%, while the DSM decreased by 7% for the period Jan-October 2018 over last year. With increased transmission, participants relying more on short-term markets with competitive price discovery on exchange, short term markets and particularly PX would have grown much stronger. But coal shortages and less coal to merchant plants stunted growth.

The major imperfections, as we see as market operator – the first, being increasing domestic coal supplies. Currently, we have enough generating capacity, but we are short of main fuel i.e. coal. Around 60% of the nation’s generation comes from coal. There has been insufficient supply of domestic coal to thermal power plants and a spike in the price of imported coal. In 2016-17, the price of imported coal was around $30 per ton and it has reached $55 per ton in 2018-19. Increased coal production
domestically and ensuring supply to all merchant generators without any requirement of long-term and medium term PPA are essential drivers for the securing of the sector.

Secondly, revival of financial health of Discom by more effective implementation of UDAY and power purchase optimization on very granular level of ‘hours’. First measure can improve cash with discoms by more than 10% and second can save costs anywhere from 5-15%.

Majority of renewable energy transactions in the country is happening intra state, and focus must be on to increase inter-state transactions, as it would provide wider market. Limited measures have been taken towards Forecasting and Scheduling (F&S) regulations of renewables. A push for such regulations will mandate renewable generators to forecast their generation in advance and adhere to it in scheduling would help the market grow and for better integration of RE to national grid.

Fifth, now time has come when electricity like any other commodity should be fully deregulated and competitive. Separation of content and carriage should be implemented in spirit, resulting in enhanced efficiency of distribution and retail supply business, and reduction in AT&C losses with cheaper power to
the consumers.

Finally, the participation of short-term markets transaction in the country have remained low at around 10% this year and continued to be under 10% since last 10 years. There has been less focused policy-making towards creating more vibrant and comprehensive short-term market. Power exchange based markets have grown from 0.8% of total energy generation in the country to around 4% in last 10 years. In most of developed markets, exchanges have market share of 10-80%. Therefore, exchange based transactions have yet to grow significantly for a more competitive, efficient and transparent electricity market which needs serious government push.

Cross-Border Trade guidelines have been recently issued. The guidelines are favourable for cross-border transactions through exchanges. Things as of now have not been moving as fast in the SAARC region as they are in BBIN region, Bangladesh, Bhutan, India and Nepal region. The BBIN countries are fairly well connected with government-to-government and the bilateral transactions on commercial basis already happening. Further, with more renewables in grid, there is a need for robust mechanisms to manage the grid stability. Many regulations such as re-designing of real time market, ancillary services regulations and linking of DSM prices with Exchanges prices have been proposed which in case implemented will help in absorbing more renewables in the grid.

Rajesh Kumar Mediratta is the Director, Business Development at Indian Energy Exchange. He has over 25 years of experience in apex organizations of Indias power sector. Mediratta holds a degree in Mechanical Engineering and is an MBA in Finance. His interestsinclude power markets, retail competition, settlement systems and de-regulation of electricity sector.

tags: India's power market development - 2018 snapshot and way ahead
44
previous Leh Kargil districts to have solar power projects
next Energy Park That Will Promote Renewable Resources To Come Up In Thane