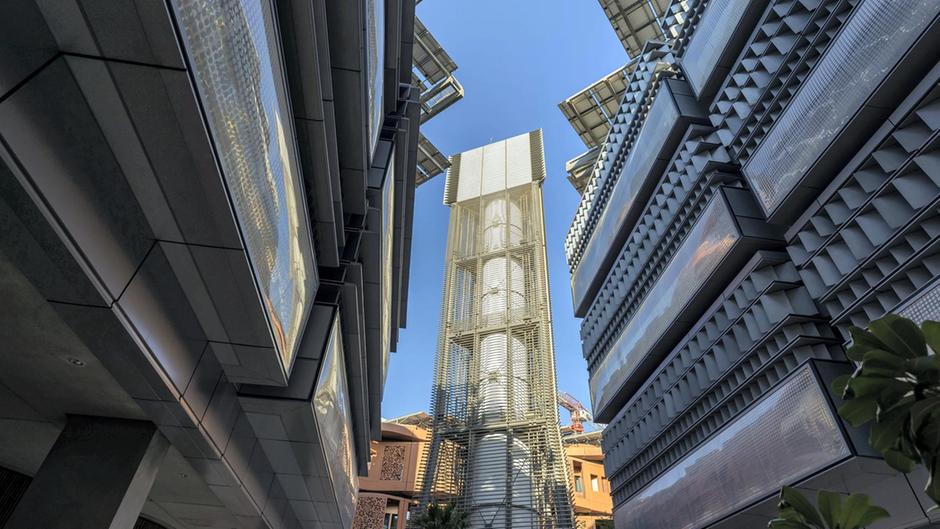 Abu Dhabi’s renewable energy company, Masdar, is advancing the development of a hydrogen demonstrator project as part of an alliance that includes two other state-backed entities. The project’s design will be complete by the end of the year, the company’s new director of clean energy, Fawaz Al Muharrami, said.

The company has already begun an assessment of its green hydrogen demonstrator project, which will find uses for fuel cells in buses at the carbon-neutral Masdar City as well as in aviation fuel to be used by Etihad and Lufthansa.

Masdar, alongside Abu Dhabi National Oil Company and holding company ADQ, agreed earlier this year to form a hydrogen alliance to produce green and blue variants of the fuel.

Green hydrogen refers to the gas produced from renewable sources of energy such as wind and solar, which powers electrolysers that split water molecules. Blue hydrogen, which is being produced by Adnoc, is manufactured through steam methane reforming.

“For this year, we have already initiated the assessment, the design aspect of the project,” Mr Al Muharrami told The National in an interview.

“Hopefully, by the end of this year we’ll be able to complete that work so that we can begin the next phase of that project,” he added.

This will involve construction of the demonstrator project and is likely to take two years, he said.

A second phase of the project will look into extending the use of the fuel in the maritime and shipping sectors.

Hydrogen has become an increasingly popular alternative fuel that is being prioritised for development by Gulf oil-exporting countries such as the UAE and Saudi Arabia.

Masdar’s project has backers including Germany’s Siemens Energy, Japan’s Marubeni, Etihad Airways, the Lufthansa Group, the UAE’s Khalifa University of Science and Technology and the Abu Dhabi Department of Energy.

The main infrastructure for the green hydrogen project is being developed by Siemens Energy and Marubeni. The German company is also developing one of the first solar-powered electrolyser projects to produce hydrogen for fuel cells at Dubai’s Expo 2020, which was delayed until this year due to the Covid-19 pandemic.

Masdar will trial the manufacture of hydrogen using solar photovoltaic power and will look at opportunities in the future to export such fuel to meet growing demand globally, particularly in Europe.

“The UAE, in particular, has that advantage, being the cheapest source of renewable [energy and] through PV [we] could actually be able to generate this easily,” said Mr Al Muharrami.

Solar power capacity of around 10 to 25 megawatts could power the initial electrolyser needed to generate green hydrogen, he added.

“We are able to easily adapt to hydrogen and transport that hydrogen to the world – including Europe – and we can actually play that role in the future,” Mr Al Muharrami said.

Falling costs for solar will allow green hydrogen to cost less than natural gas by 2050, according to BloombergNEF.

The UAE’s Gulf neighbour Saudi Arabia is also looking to become an exporter of green hydrogen.

The kingdom, the world’s largest exporter of crude, plans to sell green hydrogen produced locally to Europe through a pipeline “if the economics allow for it”, energy minister Prince Abdulaziz bin Salman said in February.

The UAE is in the process of updating its 2050 energy strategy with a greater potential role for hydrogen.

The country also plans to tap nuclear energy as a baseload to power hydrogen production in the future.

In March, the UAE Cabinet approved a nationwide system for hydrogen vehicles.