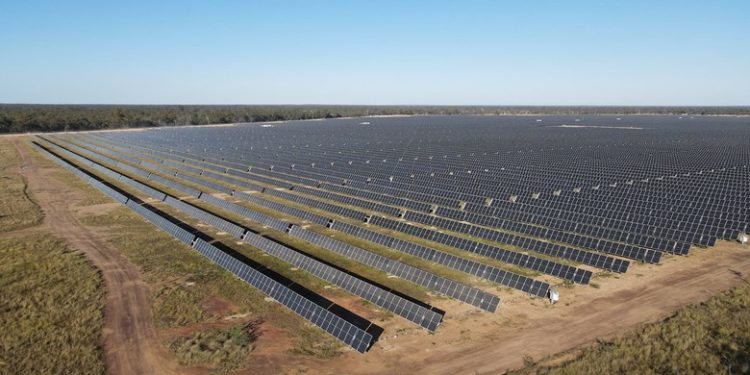 A 400-MW solar farm in Queensland, Australia’s largest, has become capable of feeding more than 100 MW into the grid, the state government said on Thursday.

The AUD-600-million (USD 416m/EUR 409m) solar farm of French developer Neoen SA (EPA:NEOEN) is called the Western Downs Green Power Hub. According to the project’s website, a 200-MW battery will be added to the solar park.

Queensland’s publicly-owned clean energy company CleanCo is the offtaker of 320 MW of the solar farm’s capacity.

The project is advancing towards completion with testing works now being conducted together with Powerlink and the Australian Energy Market Operator. Located in the Western Downs Region, close to Powerlink’s transmission network and an existing substation, the plant is expected to produce more than 1,080 GWh per year.

CleanCo board chair Jacqui Walters said the project underpins CleanCo’s commitment to bring 1,400 MW of new renewable energy into the market by 2025. It will use this power purchase agreement (PPA) to help commercial and industrial customers with their net zero goals and with building their global competitiveness with competitively-priced energy, Walters also said.