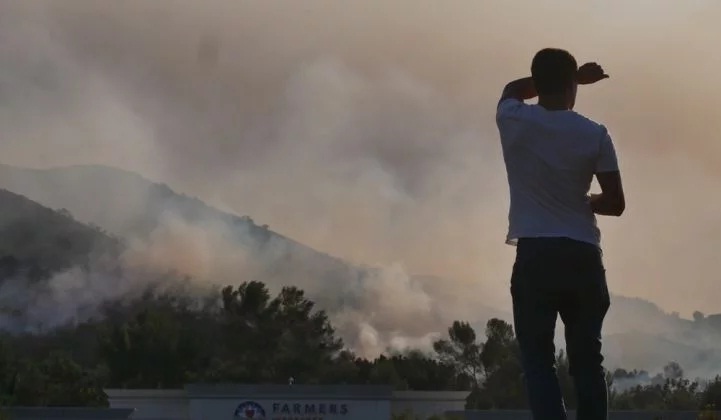 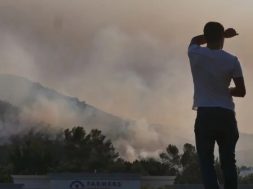 The steps needed to pull PG&E out of bankruptcy and backstop California’s utilities from future wildfire liabilities are beginning to come into focus.

A set of hard numbers has emerged from Pacific Gas & Electric’s biggest creditors on the costs to pull it out of a bankruptcy caused by massive liabilities from past wildfires — and from California Gov. Gavin Newsom on how the state could backstop other investor-owned utilities from wildfire liabilities yet to come.

On Monday, PG&E’s biggest creditors filed a $30 billion plan to bring the utility out of bankruptcy and compensate victims of the wildfires it has caused, including last year’s Camp Fire, the state’s deadliest to date.

The filing in U.S. Bankruptcy Court put dollar figures on a plan whose broad outline had been sketched out via unnamed sources in the previous week. In an interesting aside, the creditors proposed a new name — Golden State Power Light & Gas Co. — to replace a name now associated with safety lapses and disasters such as the 2010 San Bruno gas pipeline explosion and the deadly wildfires that drove it into bankruptcy.

The proposal from bondholders including Elliott Management, Pimco and Apollo Global Management would rely on existing funding mechanisms, such as a $2.50-per-month charge on customer bills in place since the 2001 energy crisis, to cover its costs.

But it would also rely on California Public Utilities Commission (CPUC) approval of PG&E’s request last year to raise rates to help pay for wildfire safety improvements. That includes its increased use of grid de-energization to prevent fires from starting, which would add an additional $10 a month on average to electric and gas customers’ bills.

And its plan to compensate wildfire victims, while welcomed as a first step, may not meet the utility’s massive and mounting liabilities.
The plan would set aside between $16 billion and $18 billion to pay claims for damages from fires it caused in 2017 and 2018. That’s more than the $14 billion proposed in a $31 billion PG&E restructuring plan that Bloomberg reported on last week, but hasn’t been filed yet. And it begins to approach the California Department of Insurance’s estimate of $18.4 billion in insurance claims for the 2017 and 2018 fires believed to have been caused by PG&E equipment.
Even so, this figure, while far lower than PG&E’s initial estimate of $30 billion in liabilities when it filed for Chapter 11 bankruptcy protection in January, is still in flux. Only a fraction of the claims involved have been settled, such as last week’s $1 billion settlement with 18 cities, counties and public agencies.

And most importantly, the plan would not cover the costs of future wildfires.

For that, PG&E and the state’s other investor-owned utilities are likely to rely on the plan being floated by Gov. Gavin Newsom’s administration: a $21 billion wildfire insurance fund to cover the costs of fires caused by utility equipment, raised equally by ratepayers and shareholders.
Under the terms of the plan shared last week, this fund would help utilities weather the burden of multi-billion dollar wildfire liabilities for the months to years it will take for state fire investigators and utility regulators to determine if the utility acted as a “prudent manager” up to and during the fire. If the answer is yes, utilities will be allowed to keep what they’ve drawn from the fund, and if the answer is no, the utility and its shareholders would be forced to pay back what they’ve taken.

This funding mechanism is a workaround to the state’s “inverse condemnation” legal doctrine, which holds utilities liable for damages from fires caused by their equipment, even if they were following all safety rules and regulations. The state’s utilities, credit ratings agencies and investors, and commissions set up by Newsom and the California legislature have all suggested reforming inverse condemnation to a more typical “fault-based” standard.
But wildfire victims, attorneys, insurance companies and a significant share of public opinion are against changing what they see as a key check on PG&E’s lax safety record in particular, and utility negligence in general.

Absent inverse condemnation reform, creating a multi-billion dollar fund to cover future wildfire damages has been proposed as the next-best step to help shield Southern California Edison or San Diego Gas & Electric, the state’s other big investor-owned utilities, from facing the same situation that drove PG&E into bankruptcy.
Newsom’s office briefed legislators Tuesday on the legislative language it has developed for the wildfire fund, which it expects to introduce this week, Rob Rains, analyst with Washington Analysis, wrote in a Wednesday note. Rather than introducing a new bill, the language is likely to be included in an existing bill, such as AB 235, a bill introduced last year to address certain gaps in last year’s omnibus wildfire legislation, he wrote.
PG&E is also asserting its right to renegotiate many of its older and most expensive solar and wind power purchase agreements (PPAs) as part of its bankruptcy reorganization, a possibilty that has led to credit downgrades for several key renewable energy developers with a stake in the outcome, and which industry analysts warn could increase the costs of future clean energy projects in the state.

The bankruptcy judge overseeing PG&E’s case earlier this month denied an effort by the Federal Energy Regulatory Commission (FERC) to intervene in this contract dispute on behalf of California lawmakers and regulators, a decision that is now under appeal.