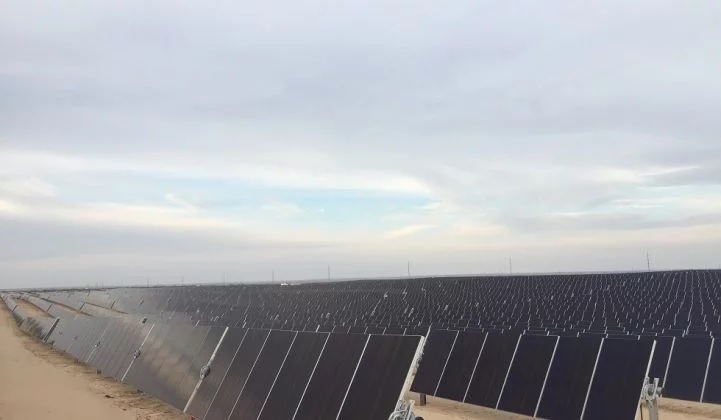 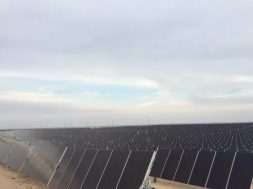 Solar developer 7X Energy secured a second and final corporate power-purchase agreement for its 690-megawatt Taygete project in West Texas, unlocking what will be the state’s largest solar project as the ambitious developer readies a push into new markets.

7X’s own track record has mirrored the Texas solar market itself, in being focused around a small number of large projects. Its first two projects — the 315-megawatt Phoebe and 136-megawatt Lapetus facilities, sold to Innergex and Duke Energy Renewables, respectively — are both due for completion later this year. Oil giant Shell is the offtaker for Phoebe’s power.

Meanwhile the 690-megawatt Taygete, whose corporate offtakers have not yet been disclosed, is set to cross the finish line in 2021.

7X has found early success selling its electricity through block-and-index contracts — branded as its SolarBlocks program — as opposed to the traditional as-generated power-purchase agreements (PPAs). Certainty around how much power will be delivered and when makes for an easier sell with corporations, an increasingly important buyer of renewable power in the U.S.

“We’re putting the weather risk on the project so the customer doesn’t have to bear it,” CEO Clay Butler said in an interview.

Taygete’s two corporate PPAs are for physical delivery in Texas’ ERCOT electricity market, to be settled at the hub, Butler said.

Texas is at the forefront of the corporate renewables boom in the U.S., thanks to its deregulated power market, strong economy and abundant supply of low-cost wind and solar power. While wind remains the largest source of corporate PPAs for now, solar is expected to narrow the gap over the next few years.

Last week Starbucks announced a partnership with solar developer Cypress Creek on eight Texas solar projects that will provide energy for 360 coffee stores across the state.

For all of solar’s recent momentum in Texas, it remains a “very competitive marketplace” for developers, and transmission congestion is a roadblock, Butler said. “There have been a lot more solar PPAs signed lately in ERCOT but I don’t think it’s a feeding frenzy [of offtakers] at this moment.”

Wood Mackenzie Power & Renewables is forecasting nearly 800 MW of new solar in Texas this year, and more than 1.9 gigawatts in 2020 — before leveling out around 1.1 gigawatts annually through 2024.

Having sold its first two projects and now clinching PPAs for its third, 7X is plotting its next chapter — one that could see it become a force in markets beyond Texas. The company’s leadership team comes from a variety of renewables developers, including Pattern Energy and SunEdison.

Last year 7X made the decision to expand into new markets, and is already finding “pretty good success, especially in PJM and the Western Interconnection,” Butler said.

More details on projects in those geographies are likely to be made public “in a couple of months,” he said. “It’s coming.”