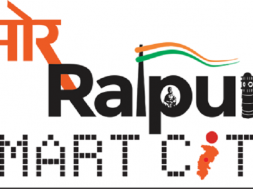 New York, April 18 (IANS) A group of Hispanic students living in California is designing a camping tent that can use solar energy to meet the electricity needs of the homeless.
“Our camping house is made with special materials, where we’re going to have solar panels, … (and) LED lights, so that the person can see inside when it’s dark,” Kenia Shi, a high school student, was quoted by Efe news agency as saying.
These students are also going to have a way to clean the house with ultraviolet lights, which kill bacteria.
The installation of miniaturised solar technology in a mobile tent is the project being pursued by 12 Latino students at the San Fernando Magnet school in Los Angeles County, for which they received a $10,000 grant from the Lemelson InveTeam organisation at the MIT School of Engineering.
“When we were introduced to the programme and they told us that we had the chance to make an invention that could change something in our community, we thought that making a … (solar) tent was best,” Shi said.
The daughter of immigrants from El Salvador, Shi intends to study mechanical engineering at the University of California San Diego.
Statistics from 2016 compiled by the Los Angeles Homeless Services Authority show that in Los Angeles County there are 43,000 people who live in shelters or in tents on the streets.
The annual tally, which does not includes figures from Pasadena, Glendale or Long Beach, found that the homeless population is 39 per cent African American, 27 per cent Latino and 26 per cent white.
“It’s very nice to be able to say that you’re helping these people who often the government and the public … almost ignore,” said Araceli Chavez, the daughter of Mexican immigrants.
Fifteen US schools won the engineering grants from Massachusetts Institute of Technology to develop things such as “tents with solar energy” that the students will display at the EurekaFest fair on June 15-17 on the MIT campus.
The students’ solution is to install a small solar panel and a light with an energy storage element, so that the accumulated electricity can be transferred to other appliances, among other innovations.