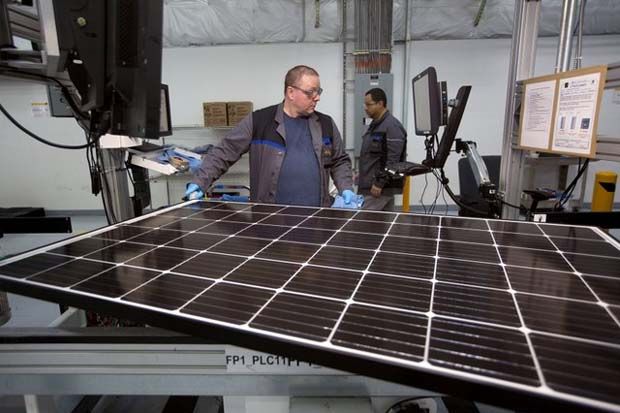 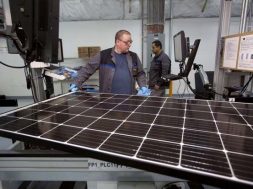 A partnership could involve the sale of a minority stake in the manufacturing business or a customer investment that would allow preferential access to its products, among other options, Werner said.

New Delhi: SunPower Corp is seeking a strategic partner for its solar panel manufacturing business, an arrangement that could allow it to expand the U.S. factory it acquired last year, Chief Executive Tom Werner said on Wednesday.

A partnership could involve the sale of a minority stake in the manufacturing business or a customer investment that would allow preferential access to its products, among other options, Werner said.

The investment would allow SunPower to accelerate deployment of its next-generation solar technology and could allow it to do more at the Hillsboro, Oregon factory that it acquired last year as it sought to stem the impact of Trump administration tariffs on foreign-made panels.

SunPower makes most of its products overseas but bought the Oregon factory last year at the same time it was seeking an exemption from the 30 percent tariffs, which it was ultimately granted.

“We are out fundraising, looking for strategic partners, and depending on the degree of success of that Hillsboro could stay the same or expand faster,” Werner said in an interview.

SunPower, which is based in San Jose, California but is majority owned by France’s Total, has about 250 employees at the facility in Oregon.

The company’s panels are among the most efficient in the industry at transforming sunlight into electricity. But prices on solar modules are falling rapidly and manufacturers must keep investing in their technology to stay competitive.

This is particularly true for companies producing panels in the United States, where costs are higher.

“We have to keep investing and keep pushing the technology,” Werner said. “Things are changing rapidly in solar, and we know that rapidly means more aggressive pricing and incremental efficiency improvements.”

Other solar panel producers including JinkoSolar, LG and Hanwha Q Cells have made similar investments in U.S. factories that will ramp up this year.

The company said on Wednesday that its financial performance would improve throughout 2019 due to record commercial bookings in the fourth quarter of last year. The company will also benefit this year from its exemption from the U.S. tariffs.

0
0   0
previous Amtech Reports First Quarter Fiscal 2019 Results
next The Status of US Solar Manufacturing, One Year After Tariffs