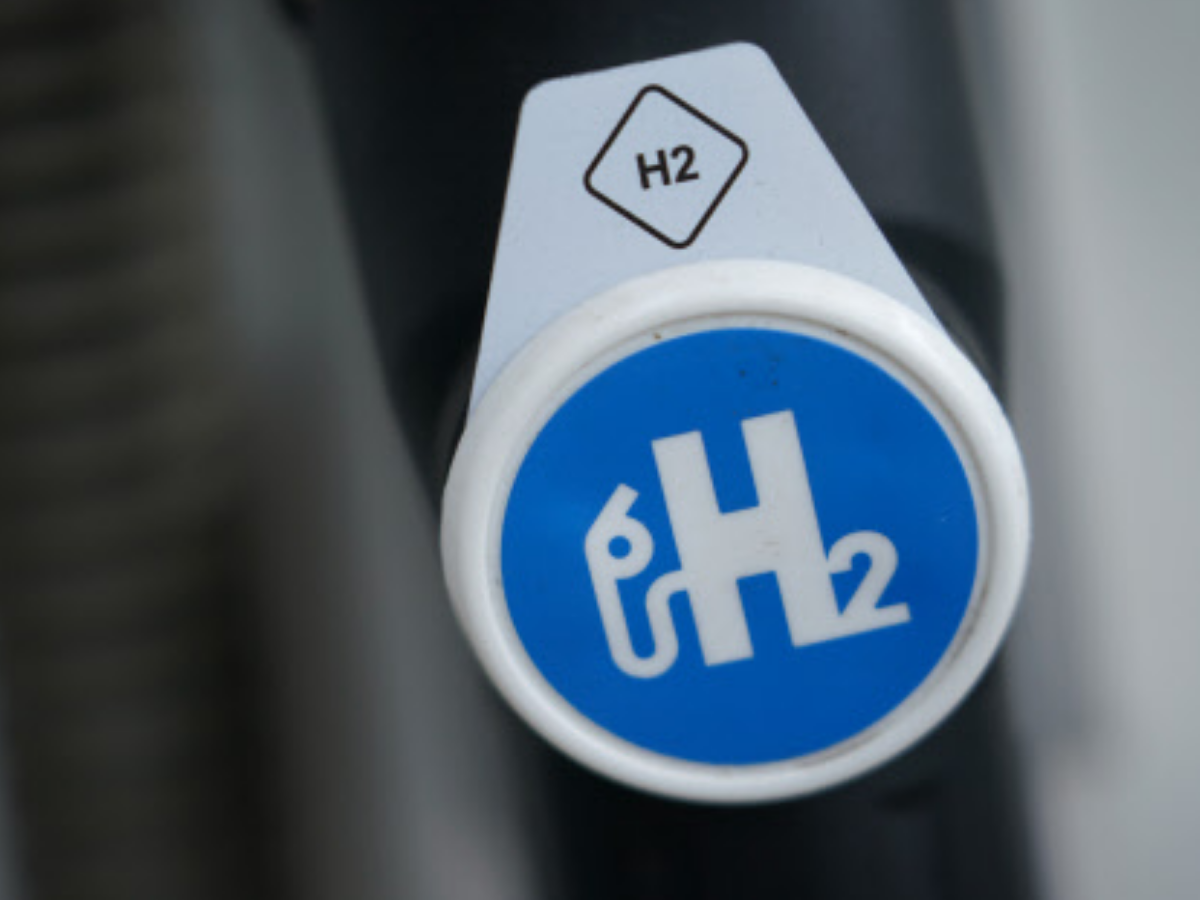 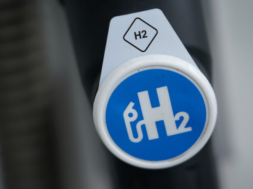 Australia has major ambitions to become not only a major hydrogen producer but also a key exporter to customers around the globe. FIBA Technologies’ International Sales Manager, Jean-Christophe Poussin, examines how investment and policy are working together to develop a hydrogen superpower.

“Australia has caught hydrogen fever. Everyone is gripped. Not only do we have a well-considered national strategy and a clear roadmap, but each state is also vying to be the primary producer and exporter of renewable hydrogen, so they’re all funding major projects.”

This is the enthusiastic view of Sean Blythe, CEO at leading integrator ENGV, responsible for Australia’s first public hydrogen refuelling station (HRS) and now involved in many of the hydrogen projects across this immense and mainly empty country.

“Each state – from Western Australia to Queensland, from Tasmania to New South Wales and beyond – has its eye on the global hydrogen prize, so we’re seeing a lot of investment in each region,” Blythe continued.

“Putting together federal and state funds already committed we see around A$630m with match funding across the next three to five years. Within five years there is the possibility for market investment of A$1.26bn. And this in a country with a population of just 26 million people.”

A further element to Australia’s hydrogen fever, says Blythe, is the public’s embracing of the fuel: “Hydrogen is seen as a disruptive business and people like that, not least because it is ripe for community involvement. We see clearly that with our sun, wind and hydro power we do have the competitive advantage.”

There are two key drivers to Australia’s hydrogen boom. Firstly, the internal requirement to achieve net carbon zero. FIBA is already working on several projects related to decarbonisation with large storage capacity (> 2,500kg) and low pressure (< 300 bar) and a number of HRS installations dedicated either to heavy-duty vehicles or fuel cell vehicles. Proximity of FIBA’s Taiwanese repair centre is also seen as an advantage for any NDT requirement.

The Australian Energy Market Operator (AEMO) reckons Australia is experiencing the world’s fastest energy transition and that by 2035 around 90% of demand could be met by renewable generation during certain periods.

The national government’s Technology Investment Roadmap aims for Australia to be “recognised as a global low emissions technology leader”. The government has also issued a challenge to achieve a A$2/kg target and private and public funds are investing in the drive to achieve this.

Dr. Fiona Simon, CEO of the Australian Hydrogen Council (AHC), said, “The Australian Government is showing great enthusiasm and support for the hydrogen industry and is funding five hydrogen hubs. But we cannot afford to be complacent as we are competing with other countries who are currently shopping around for reliable, high-volume suppliers.”

With the cost of production the biggest challenge, Simon echoes the call not just for a drive towards the A$2/kg target but also for a date by which this must be achieved.

“The AHC supports setting a target date of 2030 to reach ‘H2 under A$2’ and is part of a H2 under A$2 working group with key industry players and government bodies focussed on reaching this target.”

Australia is not short of national organisations pushing forward various elements of the sector. The Commonwealth Scientific and Industrial Research Organisation is one of the more active. This central government agency will be involved in over 100 projects worth A$68m ($53m) with various partners.

One, the Australian Renewable Energy Agency (ARENA), welcomed Australian Prime Minister Scott Morrison’s recent G7 commitment to fund ARENA with a further A$55m as well as an extra A$100m worth of finance if match-funding is secured.

Meanwhile, the Hydrogen Industry Mission is focussing on four deliverables:

This latter project has already resulted in a A$20m partnership with Fortescue to develop and commercialise new technologies.

State picks up where federal passes

And where the federal government chooses not to lead, the door opens on a more local, state-wide focus.

A case in point is Queensland where its Premier, Annastacia Palaszczuk, announced that her government would invest A$40m to upgrade transmission lines to pave the way for the 157MW Kaban wind farm, after the federal government passed on the opportunity.

“Renewables create jobs and put downward pressure on power prices,” the Premier said. “That’s why backing our renewables sector is an important part of our economic recovery plan. Queensland is continuing to reinforce its position as the nation’s renewable energy superpower.”

Meanwhile, the Clean Energy Finance Corporation (CEFC) is managing around A$10bn worth of investment on behalf of the Australian government. Its recent market study into green hydrogen across 25 Australian industry sectors demonstrates that it is fast approaching cost competitiveness for heavy trucking, buses and remote power. And that it has the potential for commercial viability across further transport sectors as early as 2030.

The second key driver for Australia’s hydrogen boom is the opportunity to become a major exporter, not least to heavily industrialised and highly-populated neighbours such as Japan.

Australia is already an exporter of carbon-based fuels. In the 2020 financial year the combined export value of its LNG, coal and oil topped A$86bn, principally to Japan, China and South Korea.

But now its trading partners are moving to net zero, so the focus is shifting, with hydrogen front and centre.

As a key partner to Nel, and with a potential pipeline of around A$74m in the near term, ENGV is well-placed as the country sets out its stall to be not only the southern hemisphere’s chief exporter but also a world leader.

Sean Blythe, CEO, sees Australia’s prominence as a major hydrogen player not only down to its natural resources but also the shift in the political backdrop to the region.

“Australia is increasingly seen as a secure hub for people and businesses who would previously have favoured territories such as Hong Kong and Singapore,” he said. “We are attracting major businesses from those less stable locations, so our position as a global renewables provider is running parallel to our place as a more mainstream business host.”

New overseas partnerships are being forged, such as with ThyssenKrupp, which is currently undertaking a feasibility study of a 300MW export scheme – just one of four such projects currently underway.

Dr. Fiona Simon clarifies Australia’s export objectives and agenda: “Australia has all the raw ingredients in place to be a global leader in hydrogen production and export. Our solar and wind power capacity, policy settings, export experience and international trading partnerships put us in a fortunate position to make the most of this opportunity.”

Australia sees foreign producers such as Morocco, Saudi Arabia and Portugal as competitors, despite them being in a different hemisphere. With these countries scaling up hydrogen production capabilities, Australia must work hard to keep ahead of the pack.

CEFC hydrogen lead Rupert Maloney asserts, “There are opportunities for Australia to play a leading role in the developing a hydrogen economy. Our high quality and low-cost renewable resources provide a comparative advantage which will be a key driver in achieving competitive hydrogen production costs.”

Certainly, for FIBA, we see Australia as an important territory and understand that it must play a major part within a global, linked-up hydrogen economy. It is a firm focus for FIBA’s own export drive.

But Australia’s true status as a global supplier also depends on exterior factors, such as whether hydrogen as an industry can genuinely globalise. DNV’s recent report Rising to the Challenge of a Hydrogen Economy examines emerging hydrogen value chains, from production to consumption including a view on the countries best-placed to generate green hydrogen away from centres of demand to then ship it to locations of high demand.

Sebastian Koks Andreassen, CEO of Green Hydrogen Systems, is quoted in the DNV report as saying, “At some point, the electricity source and the electrolysis that makes green hydrogen need to be coupled and that does create a geographical aspect. Hydrogen can become a global market with long-distance trade, but clearly transport costs are always a factor, and so often there will be good reason to produce and use hydrogen closer to the source of renewable electricity.”

Whether for internal consumption or for export, Australia’s biggest challenge is the cost of producing hydrogen. While the government’s ambition to reach H2 under A$2 is admirable, generation has to be linked with demand.

As Simon says, “We need stronger policy settings to value hydrogen and create a market for it. Consistent policy across states and territories is needed to encourage demand and improve the economics of producing hydrogen.”

And, with a balanced internal market, Australia will have already geared-up to stake its claim as a world-leading hydrogen exporter.