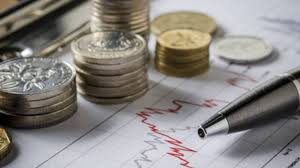 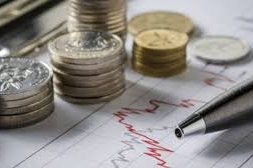 New Delhi: Torrent PowerNSE 5.51 % on Monday reported consolidated net loss of Rs 273.94 crore in the March quarter due to an exceptional item.

The company’s consolidated net profit was Rs 24.80 crore in the quarter ended on March 31, 2019, a company statement said.

The board in its meeting on Monday has not considered any further dividend for FY20, it said.

The interim dividend of Rs 11.60 (including Rs five as special dividend) declared by the board at its meeting held on February 12, 2020 will be considered as final dividend for FY20, it added.

The board also approved proposal to issue non-convertible debentures of up to Rs 2,000 crore in one or more tranches by way of private placement subject to approval of shareholders in the 16th annual general meeting.

“Despite the significant stress in the power sector, Torrent Power continued to deliver industry leading returns in the private sector on account of the company’s strategy to pursue risk-adjusted profitable opportunities, strong execution capabilities and focus on operational excellence.

“We welcome the government’s recent announcements for the power sector; in particular the decision to privatise distribution circles in Union territories. With our strong balance sheet, the company will continue to pursue profitable growth opportunities across the entire value chain of the power sector,” the company’s chairman Samir Mehta said.

During the year, the group has made a provision of Rs 212.61 crore (includlng Rs 51.03 crore for the current quarter) in respect of certain onerous contracts towards potential damages and other project related costs arising from expected delays or failure to set up certain wind power generation capacities, awarded to the group in earlier years under a competitive bidding process, the company explained, giving reasons for loss in the quarter.

The company had made a provision of Rs 1,000 crore as exceptional item in the quarter towards carrying cost of DGEN plant (Dahej, Gujarat).

It also increased its generation capacity from 3,703 MW to 3,879 MW during the year, with the entire addition in capacity coming from renewable energy.

Torrent Power is one of the largest companies in the country’s power sector with presence across the entire power value chain – generation, transmission and distribution.