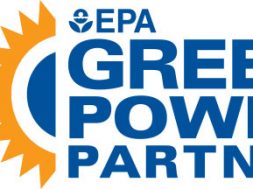 DENVER: The U.S. Environmental Protection Agency (EPA) has named Wells Fargo to its Green Power Partnership National Top 100 for using nearly 2 billion kilowatt-hours (kWh) of renewable energy annually, representing 100 percent of the company’s global electricity requirements. Wells Fargo ranked No. 4 on the list. The list recognizes organizations that take action to maximize the production of renewable energy and minimize the climate impacts associated with their operations.

The EPA’s Green Power Partnership National Top 100 is based on the amount of renewable energy purchased and produced by each organization.

Acting on an operational sustainability commitment made in 2012, Wells Fargo began meeting 100 percent of its global electricity needs in 2017, primarily through the purchase of unbundled Renewable Energy Certificates. The company is working to transition, by the close of 2020, to long-term contracts that fund net-new sources of renewable energy, bundled with Renewable Energy Certificates and supplemented by maximizing on-site solar production within its nearly 85 million square feet of real estate.

“Wells Fargo’s sustainability goal is to accelerate the transition to a low-carbon economy, and we are a recognized leader and innovator in the area of operational efficiency,” said Mary Wenzel, head of Sustainability and Corporate Responsibility at Wells Fargo. “Setting and meeting aggressive operational sustainability goals — like our 100 percent renewable energy goal — is one way we put our commitment into action. It also is a great point of pride for so many of our committed team members.”

James Critchfield, program manager of the EPA’s Green Power Partnership, said, “This list of the largest users of green power across the nation is proof that good business practices can also benefit the environment. EPA applauds the leading organizations in the Green Power Partnership rankings for their notable commitment to expand the use of green power and protect the environment.”

According to EPA, Wells Fargo’s green power use of nearly 2 billion kWh is equivalent to the annual electricity use of more than 184,000 average American homes.

Wells Fargo also leverages its businesses, its company culture and its community support to meet sustainability goals. For example, in 2018 the company announced it would provide $200 billion in financing to sustainable businesses and projects by 2030, with more than $100 billion earmarked for renewable energy, clean technology and green building transactions that directly support the transition to a low-carbon economy. Also, in 2017, 8 percent of all wind and solar energy generated in the U.S. came from facilities owned wholly or in part by Wells Fargo through its Renewable Energy and Environmental Finance business.

For more information on Wells Fargo’s commitment to sustainability, go to https://www.wellsfargo.com/about/corporate-responsibility/environment/, or read our most recent Corporate Responsibility Report.

Wells Fargo & Company (NYSE: WFC) is a diversified, community-based financial services company with $1.9 trillion in assets. Wells Fargo’s vision is to satisfy our customers’ financial needs and help them succeed financially. Founded in 1852 and headquartered in San Francisco, Wells Fargo provides banking, investment and mortgage products and services, as well as consumer and commercial finance, through 7,800 locations, more than 13,000 ATMs, the internet (wellsfargo.com) and mobile banking, and has offices in 37 countries and territories to support customers who conduct business in the global economy. With approximately 259,000 team members, Wells Fargo serves one in three households in the United States. Wells Fargo & Company was ranked No. 26 on Fortune’s 2018 rankings of America’s largest corporations. In 2017, Wells Fargo donated $286.5 million to 14,500 nonprofits and Wells Fargo team members volunteered a record 2 million hours. Wells Fargo’s corporate social responsibility efforts are focused on three strategic priorities: diversity and social inclusion, economic empowerment, and environmental sustainability. News, insights and perspectives from Wells Fargo are also available at Wells Fargo Stories.