Green energy storage prospects: India, China and the US

Green energy storage prospects: India, China and the US

The three markets with the biggest potential for renewable energy storage – the US, China and India – are following different paths based on local realities, with India lagging because of lack of a clear policy framework and other factors, say Rabeha Kamaluddin, Phil Steger, and Chad Richards – partner and associates respectively at Dorsey & Whitney LLP 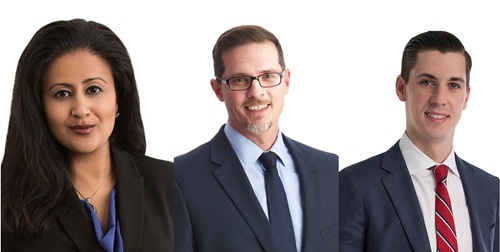 The global growth of renewable resources has generated increasing need for ancillary services in the electricity grid. Consequently, the role of storage in the global electricity market is also growing.
The primary driver of investment in storage has traditionally been time arbitrage of the spot price, but the need to improve power quality and balance the grid creates new uses for storage technology. Careful market participants know that gaining the practical benefits of energy storage will depend not on isolated individual uses, but on efficient integration of these uses into transmission and distribution systems, and the regulatory regime that will support such integration.
Three markets with enormous potential for the successful integration of energy storage — the United States, China, and India — are approaching it in different ways due to different market realities.
In the United States, the deployment of energy storage systems is expected to triple this year due largely to sharply lower costs and state policies that support the cost-savings case for installing batteries in homes, businesses, and along the power grid.
In China, an energy-intensive manufacturing customer base has forced the central government to focus on modernising its grid, including renewables and energy storage projects.
India, meanwhile, is focused on strengthening its power grid via renewables and energy storage following a history of heavy dependence on foreign resource imports and the largest power outage in history, which affected nearly 10 per cent of the world’s population in 2012.
A brief review of the regulatory / policy developments in the US, China, and India — the three largest producers and consumers of electricity in the world — shows that the next steps taken by regulators will either incentivise energy storage investment, or hinder grid development (and investment).
United States
In the United States, the Federal Energy Regulatory Commission (FERC) has taken a regulated market approach to energy storage. In a February 2018 order, FERC ordered regional transmission organisations (RTOs) — which coordinate, control, and monitor multi-state electric grids and markets — to create rules allowing storage resources to buy and sell wholesale electric power in the organized markets on roughly equal footing as other market participants.
The RTO rules must be technology neutral, not favoring one type of storage over another, such as batteries over pumped hydro, and expressly refers to “future” technologies. They must allow storage resources to compete to provide any service they can technically provide — whether capacity, energy, or ancillary — and to buy and sell wholesale power regardless of whether they are interconnected to the transmission or distribution grid.
Merchant owners and operators of storage resources will find opportunity in the new rules for the business model of buying and charging power when prices are low and selling discharged power when prices are high. But rules designed to empower RTOs to dispatch those resources most efficiently may enable grid operators and traditional utilities to find the mix and distribution of resources that will reap the most social and consumer benefits.
Investors will want to keep an eye on how the markets operate once those rules are in place.  Winners and losers may emerge and produce signals of opportunities to come.
China
Although the Chinese government has taken steps in recent times to transition its power sector from a state-owned monopoly to a market-oriented industry, state control remains strong.  Described as a “fragmented authoritarian” system, the central government sets national energy policy and planning through a web of regulatory agencies. Provincial governments mirror and implement these policies alongside two large, state-owned regional grid companies and their state-owned subsidiaries.
In 2017, to complement its national renewables and grid modernisation policies, China’s central government released its first national-level policy on energy storage. The policy document sets development goals for the next 10 years and identifies energy storage as key to modernising China’s power grid and to ensuring grid reliability, resiliency, and safety. The document specifically calls for government agencies to establish policies governing pricing mechanisms, technology standards, intellectual property protections, and battery material recycling. Regional governments are expected draft new policies designed to implement the national-level policy.  Hailed as evidence of progress toward achieving these goals, China’s first grid-side 100-megawatt battery storage project successfully connected to the grid in June 2018 and should be operational before the end of this year.
With the release of this policy document, China’s energy storage market holds promise. Yet, whether energy storage will successfully integrate into China’s grid may depend heavily on regional implementation. Perceptive market participants will want to monitor these developments.
India
In 2014, India’s Prime Minister Narendra Modi announced a national target to install 100 GW of solar PV capacity by 2022, which would make the country one of the largest solar power markets in the world. Most recently, Greenko Energies received state approval for a 2.75 GW solar-wind-storage project in Andhra Pradesh.  Despite this progress, many renewable and storage projects have been delayed or cancelled because of a lack of affordable financing, underdeveloped grid infrastructure, and lack of competition in the electric markets.
Unlike the United States and China, there are no clear directives or policies (federal or state) governing electricity storage in India.  In January 2017, India’s top federal regulatory body, the Central Electricity Regulatory Commission, issued a consultation paper setting out a broad framework for introducing battery energy storage systems. The consultation paper discusses tariff models, commercial viability of storage and policy changes, among other things.
However, the lack of directives and a unified framework will continue to make installation of storage projects challenging, as investors seek the certainty that regulations for fair and open competition can provide. To invoke investor confidence in renewable technology, and strengthen grid stability, India may require that tendering schemes for solar projects include a certain amount of associated storage.
Investors will want to keep an eye on India as it steps towards establishing a regulatory framework, and how the markets operate once that framework is in place.