The first 1GW tender is planned for October, Varsha Joshi said in an interview with Bloomberg News. She’s joint secretary at India’s ministry of new and renewable Power, the agency tasked with realizing Modi’s goal of increasing clean energy almost fourfold by 2022, to 175GW from 45GW now.

India will encourage bids by increasing the quota for clean energy that utilities are required to purchase, according to Joshi. The government is working to raise the share of green power from all the states’ grids over the next three years.

“We’re still chalking out a road map for wind auctions in order to enable states to fulfil the upcoming new purchase obligations and are thinking of around 10 gigawatt capacity to be tendered by 2019,” Joshi said.

The quota, requiring states to source a percentage of energy consumption with clean sources, is called the Renewable Purchase Obligation, or RPO. It may be increased to 17% by 2019, up from 5% to 7% currently, according of the joint secretaries at the ministry, Tarun Kapoor.

The auction format being developed will allow wind-poor states to source clean energy from windier ones, Joshi said. The Indian wind industry is banking on auctions to maintain growth after state utilities put investments at risk by holding back millions of dollars in payments for nearly a year.

“Once reverse bidding comes then over the next two to four years you will see something similar to solar,” said Rahul Munjal, chairman and managing director at Hero Future Energies Pvt., which will commission more than 950 megawatts of wind and solar capacity by March 2017.

Once the auction rules are established and power tariffs become realistic, Munjal expects state-power retailers to be more enthusiastic about the programme.

“Equipment costs have to come down” for the wind industry to survive, said Sunil Jain, the association’s president. Otherwise, “states can buy cheaper solar power to fulfil their purchase obligations”.

Turbine manufacturers are wary of the switch from the existing format that awards feed-in-tariffs.

“Globally, feed-in tariffs have been more successful for wind and in India also,” Suzlon Energy Ltd. founder Tulsi Tanti said in an interview. “I’m not in favour of the bidding process.” 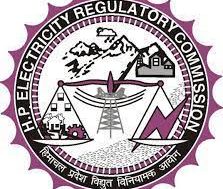