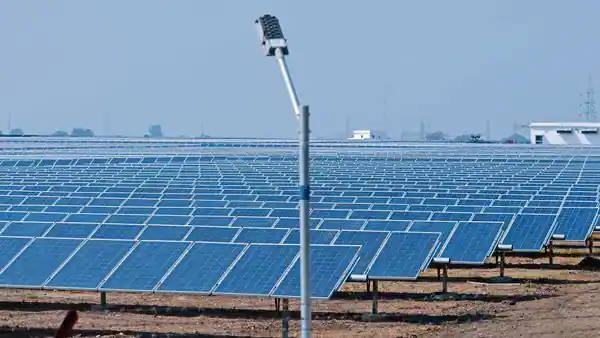 Canadian pension funds have been placing significant India bets and represent the so-called patient capital, which seeks modest yields over time. India fits the risk profile given that the markets here have matured from the early risk stage.

“CCI receives notice of acquisition under Green Channel of 19.36% (approx.) in Azure Power Global Limited by OMERS Infrastructure Asia Holdings Pte. Ltd., from its existing shareholders,” the ministry of Corporate Affairs said in a statement on Friday.

This interest also comes amid a growing focus on environmental, social and governance (ESG) investing.

OMERS Administration Corp. is one of the few pension funds India has granted income tax exemption in May this year for infrastructure investments in India. The fund’s earnings from infrastructure investments made in India between then and March 2024 will be exempt from tax. The investor will get full tax exemption on income from interest, dividend and long-term capital gains.

OMERS, which lags behind bigger peers Canada Pension Plan Investment Board and Caisse de dépôt et placement du Québec (CDPQ) in terms of the India exposure, is buying a 19.36% stake in Azure Power Global Ltd from existing shareholders, according to a disclosure by the Competition Commission of India.

This will cost the pension fund around $238 million at the current share price of New York-listed Azure, according to back-of-the-envelope estimates.

The identity of the selling shareholders couldn’t immediately be ascertained. Azure’s controlling shareholder is CDPQ, which owns a 50.36% stake. Another significant shareholder is International Finance Corporation, the World Bank’s private-sector investment arm. IFC and an infrastructure fund managed by IFC together own almost 20% of Azure.

For OMERS, Azure will likely be its single-largest investment in India so far. Its previous significant deals in India involve an investment of $122 million (Rs 870 crore) in 2019 to buy a 22.4% interest in IndInfravit, the infrastructure investment trust of L&T Infrastructure Development Projects Ltd. It is also picking up a minority stake in an Indian airport holding company created by Canadian investment firm Fairfax for an estimated $130 million.

CDPQ had first bet on Azure in late 2016. This marked CDPQ’s first India deal and came shortly before Azure listed on the New York Stock Exchange. The pension fund made additional investments in 2018, 2019 and last year. Overall, it would have invested upwards of $320 million in Azure. Its stake is now valued around $600 million.

Azure Power was set up in 2008 and has a solar power capacity of 7 gigawatts. This includes 2 GW of operational projects. The remaining are either under construction or have been awarded to the company.