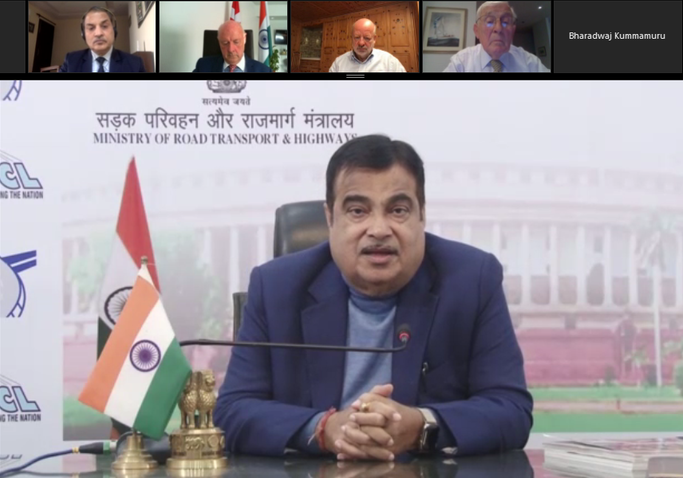 Pointing out that only 6 % of the energy consumption in the transport sector came from renewable energy sources, Union Minister of Road Transport and Highways, Mr Nitin Gadkari said the government is on mission mode to decarbonise the sector, and special focus will be on ethanol and green hydrogen-based solutions.

“Ethanol is a clean fuel and has low greenhouse gas emissions. The additional income can be directly diverted to the farmer,” Mr Gadkari said in his address at the 19th edition of the World Wind Energy Conference 2021 (WWEC2021) in New Delhi.

Green hydrogen, said the minister, is another zero carbon option. “We are exploring the potential of green hydrogen as fuel in rail, marine and aviation applications,” observed Mr Gadkari on the second day of the conference where the focus is on pivoting transportation on renewables. A third of the world’s energy demands arise from the transport sector while it generates one-sixth of the greenhouse gas emissions, he added.

Drawing attention to the schemes initiated by the government to integrate renewable energy into the sector, Mr Gadkari pointed out the accelerated EV optic is essential to keep the world on the 1.5 degree Celsius pathway. “For a sustainable EV ecosystem, we are looking at using renewable energy to charge electric vehicles. It will reduce the load on transmission and distribution networks,” said the minister.

Taking part in the discussion, Mr Freddy Svane, Ambassador of Denmark, called for behavioural changes to make transport greener. “It is time the individual also took responsibility,” he said. Mr Svane also noted that developed and developing countries cannot have the same yardstick on issues like phasing out coal, a key area of discord at COP26.

Delivering the keynote address, Mr Hans-Josef Fell, founder of the Energy Watch Group, a network of parliamentarians and researchers on global energy, said solar and wind are the cheapest options for renewable energy systems. “Renewable energy is at the centre of climate protection… and with political will a transformation of the global energy sector by 2030-2035 appears to be possible.”

The WWEC2021 is organized by The Energy and Resources Institute (TERI) and World Wind Energy Association (WWEA), and is supported by ISA and International Solar Energy Society (ISES) with Norway as the country partner.

World Wind Energy Association (WWEA) is an international non-profit association embracing the wind sector worldwide. With more than 600 members in over 100 countries, WWEA works for the promotion and deployment of wind energy technology world over, and for the ultimate goal of a global 100% renewable energy supply.

The Energy and Resources Institute (TERI) is an independent, multi-dimensional research organization, with capabilities in policy research, technology development, and implementation. It has pioneered conversations and action in the energy, environment, climate change, and sustainability space for over four decades. Headquartered in New Delhi, TERI has regional centres and campuses in Gurugram, Bengaluru, Guwahati, Mumbai, Panaji, and Nainital, supported by a multi-disciplinary team of scientists, sociologists, economists, engineers, administrative professional and state-of-the-art infrastructure.

0
0   0
previous A delegation from the Ministries of Energy, Industry and Mineral Resources and the Local Content and Government Procurement Authority visits the first national factory for the production and export of solar panels - EQ Mag Pro
next Nexans enters into €200 million loan facility with EIB – an enabler to accelerate Nexans’ ability to lead energy transition - EQ Mag Pro