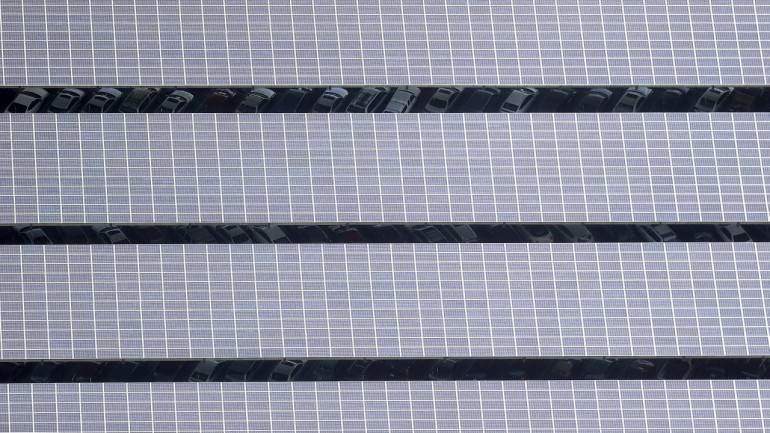 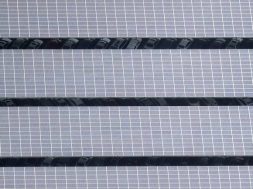 Zunroof is a home-technology company that specialises in setting up rooftop solar electricity systems.

There are only a handful of engineering aspirants who manage to fulfill their parents dreams of graduating from an Indian Institute of Technology, and possibly complete a masters degree to land a cushy job in the West.

But for some, an impulse to make something of one’s own, crystallizes into a calling. Thus, seven years after first graduating from IIT Kharagpur in 2009, Pranesh Chaudhary left his plush job with the Essex Lake Group in London, only to return with an ambition.

He got in touch with his friend and batchmate Sushant Sachan, who was heading the R&D team at Sunborne Energy, a thermal energy firm.

“We realised that we had to pick a field where one of us has an expertise in, and that is how we chose solar,” said Chaudhary, CEO and co-founder of Zunroof — a home-tech company specialising in solar rooftop solutions.

The timing could not have been any better as in 2015, Prime Minister Narendra Modi committed India to producing 100 GW of its energy requirements by 2022, 40 GW of which would be generated from roof-top solar panels.

Chaudhary recalled the humble origins of his company with the creation of a Facebook page — today’s equivalent of setting up a company in a garage.

“We put up a couple of videos and posts out there [on Facebook] that explained solar rooftop systems, and how they worked, and we started talking to anybody who posted comments on the page,” he said.

The duo realised that residential consumers had misconceptions about electricity being produced via solar panels. Consumers believed that the electricity produced would be stored on batteries. They did not know that the net-metering system allowed consumers to supply power generated back to the grid.

Chaudhary called an electricity grid, set up and maintained by state governments, as the battery for consumers. By setting up a solar panel system on one’s rooftop, a consumer can not only power all electrical appliances at home, but can return the excess power to the grid.

“At the end of the month, if you use 1,000 units, and your rooftop solar electricity setup generates 800 units, you’ll be paying for 200 units,” said Chaudhary.

On the supply side of the retail solar power industry, the team noticed a dearth of knowledge. “When we talked to companies that were already there in the market, they thought that setting up a solar rooftop system is very complex, time consuming and it takes time to convince customers to go solar,” he said.

Keeping in mind these problems on both ends, the founder and CEO of Zunroof added that the team boiled down their process to a three dimensional approach — which is the design, delivery and diagnostics approach.

For the design phase, “We created an app which takes care of every bit of engineering that you need to set up a solar rooftop system. It will tell you what angle and direction the panels should be facing, what is the shadow profile of your roof and how will the roof look after the installation using virtual reality.”

He stressed that Zunroof assesses the customer’s needs, based on the calculation of electricity consumption.

“That is also a feature of our calculator app, where customers simply need to input their electricity usage and they’ll get the recommended solar panel size from us,” he said.

The panels and the other components required to set up the system can be availed from Zunroof’s supply-control market, which Chaudhary claimed is where people get reasonable rates for their solar setup, depending on designs and product.

Chaudhary pointed out that the investment a solar electricity generating system differs from home to home. “We define our customers on the basis of the number of ACs they have. Any client and any customer that reaches out to us, mentions that they have no ACs at home, we tell the customers that it makes no sense then to go solar at present.”

For a one AC system, Chaudhary recommends going for a 4-5 KWH system that ranges from Rs 2.25 lakh to Rs 2.5 lakh depending on the customisation and type of product one is going for.

The third phase is diagnostics. An Internet of Things (IoT) device provides real-time updates as to how units are being consumed at any particular time, and how much money has been saved.

Chaudhary mentioned that the thumb rule is if 1 KW of solar power is generated, designed in the correct way and maintained correctly, it will produce 1,500 units annually. He estimates that it will take three to four years for a residence to recover their investment, following which a person’s electricity supply will be practically free for the next 20 odd years.

“During that time period, you need somebody to maintain the system for you, to send the maintenance alerts and diagnostic alerts and that is what we do,” he said.

Chaudhary recalled that when he started his business it was difficult to get customers. “Indians are penny-conscious and Zunroof established the right motivation to attract them to go solar.”

However, the company faced initial hesitancy around two points — lack of understanding of how solar electricity operates and the absence of a track record.

Gradually, Chaudhary and his team managed to convince customers that solar panels will work even during peak winter and during monsoon season.

“We had to explain to them how does diffused sunlight work, how the sunlight is still available even during cloudy weather,” Chaudhary explained.

The effort bore fruit. Until May 2019, the company had completed 10,000 projects across eight states.

Investors are taking notice of Zunroof and in a fresh round of pre-Series A funding, it received $1.2 million from Godrej last month.

Now, Chaudhary has bigger plans for Zunroof. On the solar side, he said that Zunroof intends to reach 12-13 states by the end of the year. He continued that they have grown 3x year-on-year, and plan to double it this fiscal. Chaudhary is aiming to reach annual revenue target of Rs 1,000 crore over the next three years.

“Given the success of our IoT solar rooftop systems, we are not trying to get categorised as a solar rooftop company, but more of a home-tech company, and are building a bunch of other IoT products that are expected to be launched over the next six months,” he concluded.

0
0   0
previous Rooftop solar power from corpn buildings a non-starter
next Maharashtra: Over 300 schools will run on solar power, become self-reliant