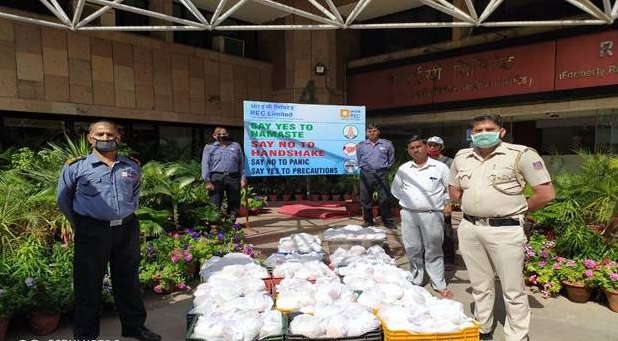 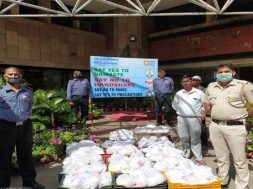 The PSU reaches out to over 76,000 needy people with food and ration The Navratna NBFC ties up with Delhi Police to provide 500 food packets on daily basis Had earlier contributed Rs. 150 Cr. to PM CARES fund

From Srinagar to Kanyakumari, Jamnagar to Shillong, starvation is as much a threat as Covid-19 for daily wagers, many of them migrants from different parts of India. Concerned over their plight, REC Foundation, the CSR arm of REC Limited, a Navratna CPSE and the country’s leading financier of the power-sector projects under the administrative control of Ministry of Power is distributing cooked food, ration, utility packets, masks, sanitizers and even providing shelter during the lockdown benefiting 76,000 daily wagers and their families till date. REC Foundation has already sanctioned funds totalling ₹ 7 crores for these activities and more such funds are already in the pipeline.

Acknowledging the call of Shri R. K. Singh, the Union Minister of Power and New & Renewable Energy, the REC has already donated ₹ 150 crore to the Prime Minister’s Citizen Assistance and Relief in Emergency Situations (PM CARES) Fund to support India’s fight against coronavirus. In addition to this, all REC employees have voluntary contributed a day’s salary to the PM National Relief Fund.

REC Foundation in association with respective state-owned power distribution utilities is providing food grain packets and other utility packets like masks and sanitizers. REC has also tied up with Delhi Police to provide 500 food packets which can feed a family of 4 on a daily basis. REC Foundation has also released funds to the offices of Distribution Companies, Collector and/or District Magistrates of various districts across India to provide cooked meals twice a day for 10-30 days. Talks are on with many other districts for execution of the same in their areas. In addition to these, food kits are also being provided in these districts to those who have facilities to cook at home.

0
0   0
previous MNRE Grants Extension for RE Projects considering disruption on account of lockdown due to COVID-19
next LONGi Vice President Li Wenxue: PV industry will quicken its pace to go digital