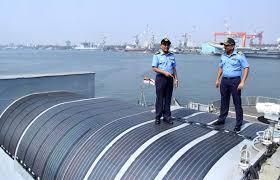 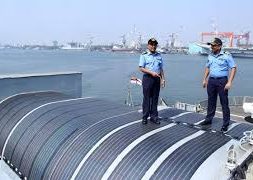 The Indian Navy has formulated an environment conservation roadmap aimed at reducing energy consumption and diversifying its supply, an official statement said.

The Indian Navy Environment Conservation Roadmap (INECR), with specific action plans, covers the entire gamut of operations, maintenance, administration and infrastructure, and community living, the Navy said in the statement.

The roadmap envisions reduction in energy consumption and diversification of energy supply as key result areas, it said.

While the existing military, diplomatic, constabulary and benign roles envisioned in the Indian Navy’s Maritime Doctrine define the objectives of its operations, the Green Initiatives Programme of the Indian Navy has added a new dimension i.e. social responsibility, to it, it added.

Under the INECR, numerous policies aimed at reduction of energy consumption and environment sustenance have been formulated and disseminated to all ships as well as shore establishments, the Navy said.

As a progressive step, the Navy has pledged 1.5 per cent of its ‘Works’ Budget towards renewable energy generation, it added.

Solar photovoltaic projects have been one of the focus areas of the Navy since the inception of the INECR.

“The efforts undertaken in the last few years have started to fructify now. Twenty-four MW of solar PV projects consisting of both rooftop and land-based solar panels are under execution at various shore establishments of the Navy under the Jawaharlal Nehru National Solar Mission,” the statement said.

“Similarly, pilot projects utilising wind or a mix of both solar and wind (hybrid) are also being taken up progressively, which will not only reduce carbon footprint but also help achieve self-sustenance in energy security,” it said.

0
0   0
previous In the matter of: Suo-Moto Proceedings regarding meeting RPO targets by obligated entities
next Bancha, the first solar kitchen only village in India