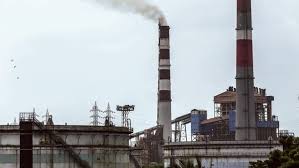 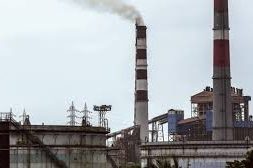 The state government will invite private power producers to bid for the right to build these assets and the power will be sold exclusively to the state, he said.

The proposal, by the Madhya Pradesh Power Coordination Committee, is awaiting approval from the state cabinet. If this goes through, this will be one of the handful of new fossil fuel-based power plants to come up in the country, at a time when about 50GW of thermal power plants are stranded and non-operational because of a lack of fuel supply or long-term purchase contracts from government.

The committee has proposed procuring 2640MW through competitive bidding (2 plants of 1320MW each) while another 1320MW of capacity will be added to the state by MP Power Generating Co Ltd plants at two locations, 660MW at Satpura and Amarkantak each. The target for the additional capacity to come on stream is FY2024-25, according to the minutes of the committee meeting that Mint has viewed.

“Coal India has already given in-principle agreements to supply coal for the new 2640MW of power supply that we want to add to the state,” ICP Keshari, additional chief secretary, Energy, Government of Madhya Pradesh, said in an interview. “This will be from Western Coalfields and South Eastern Coalfields. Because the supply will be from within the state, we expect the transportation cost to be minimal.

“If you look at recent public sector bids in thermal, the power purchase agreements are signed in the range of ₹4.60-4.80 per kWh. With transmission costs lower because the power will be generated and consumed within the state, we expect the bids to come in below this,” Keshari said.

Keshari believes that private companies such as Adani Power, Hindustan Power, Reliance Power, Diligent Power, NewGen Power will be interested in bidding for the projects.

Emails to Adani Power and Reliance Power went unanswered while calls to offices of the other three went unanswered. Adani Power is currently working on the financial closure to set up a 1600MW coal-fired plant in Godda, Jharkhand.

“For the past four years, Madhya Pradesh supplies 24×7 power to non-agricultural users and 10 hours a day to agricultural users,” Keshari said. “We cannot cut down on supply. On the other hand, we expect the power demand in the state to grow at a rate double of the national average. In fact, the Central Electricity Authority has predicted a shortfall of 5GW by 2026-27. Madhya Pradesh needs to add 600-700MW every year, through thermal and renewable power. We want to be future ready.”

In an October 2018 report, credit ratings agency Crisil estimated that capacity addition in thermal power generation will slow down over the next five years to less than half the current pace.

It expected that only about 35 gigawatt (GW) of new coal-fired power plants would be added to India’s power generation portfolio from FY19-23, against the 88GW of capacity added in the preceding five years.

Lenders have proved reluctant to extend further capital to fire-up stuck power projects as the future of several of these is uncertain and many risk liquidation and with the industry reporting ₹1.74 lakh crore of non-performing assets, lenders are unwilling to extend capital for new projects as well. “Power plants in India are stuck either because of a lack of fuel supply or governments unwilling to sign long-term PPAs. We are assuring private bidders coal supply and we have applied to the state electricity tariff regulator to clear PPAs for these projects. So I believe banks will be willing to lend to build these plants,” Keshari said.