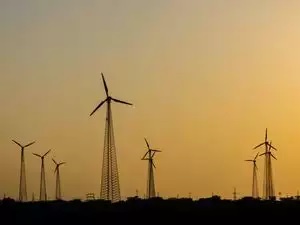 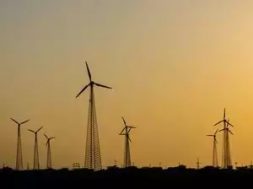 BENGALURU: ReNew Power, a wind and solar energy producer, has moved the Andhra Pradesh high court, objecting to the disconnection of a part of its capacity in the state. This follows its earlier petition questioning the government’s decision to renegotiate power purchase agreements.

In the fresh application filed earlier this week, ReNew protested against 300 MW of its wind projects being suddenly denied connectivity by the Andhra Pradesh Transmission Co. (APTRANSCO) at its Uravakonda substation. The first hearing on this application was held on Wednesday.

APTRANSCO chairman Srikant Nagulapalli said in a memo dated September 14 that “irregular connections and loads” were being removed after careful examination of the vigilance report. ET has reviewed a copy of the memo.

In addition, 100 MW of Greenko’s wind projects have been disconnected.

APTRANSCO and ReNew did not respond to ET’s queries. A senior state government official claimed not to even be aware of the APTRANSCO memo.

The Wind Independent Power Producers Association had filed a petition with the regulatory commission maintaining that 1,000 MW of power was not being evacuated because two transformers at Uravakonda substation had been malfunctioning. APERC formed a committee to visit the site and a hearing has been scheduled for Saturday.

About 1,800 MW of wind power capacity is said to be connected to this substation. The state has commissioned 3,978 MW of wind energy capacity, according to Bridge To India, a renewable energy consultancy firm.

“We took our engineers to the site to repair the transformers earlier and they were not even allowed to access it. Half of the wind projects in the state are connected to the Uravakonda substation,” said an industry executive, requesting anonymity.

“ APTRANSCO started this new drama of removing connectivity. They want to scare us in all kinds of ways so we will come forward and negotiate tariffs,” the person said.

Andhra Pradesh chief minister YS Jaganmohan Reddy, who took office in May, decided to renegotiate PPAs signed by the previous government with renewable energy developers because he alleged they were at rates higher than in other states because of corruption. He formed a committee to renegotiate with the developers.

The state then threatened to terminate the PPAs if developers didn’t agree to reduce tariffs. Anxious developers – ReNew among them – took the state to court and obtained a stay order on all proceedings of the committee. Hearings have been going on for the past few weeks.

In addition, 100 MW of Greenko’s wind projects have been disconnected.